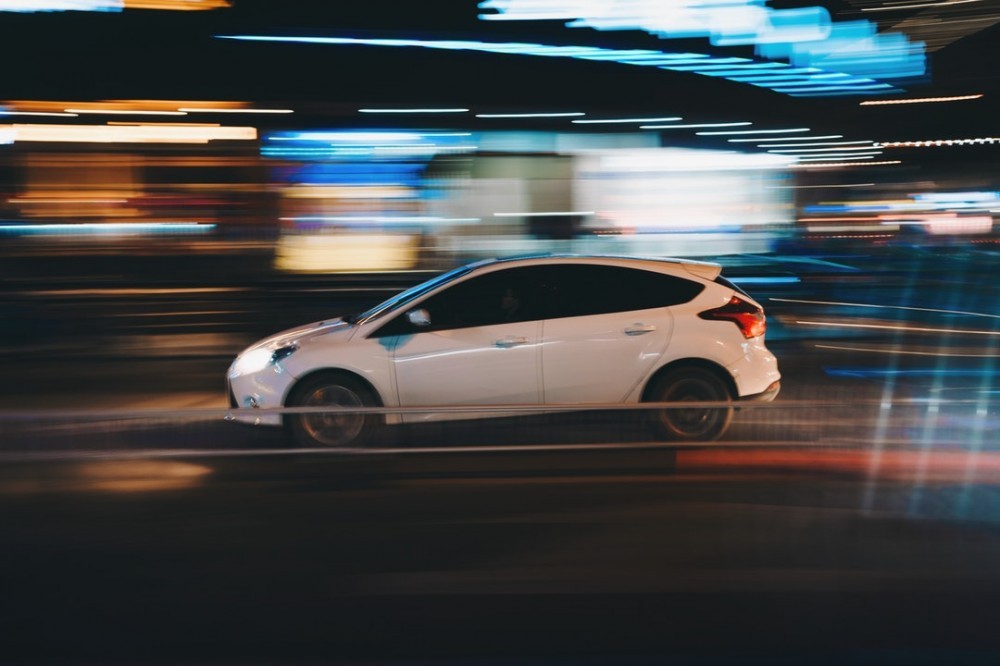 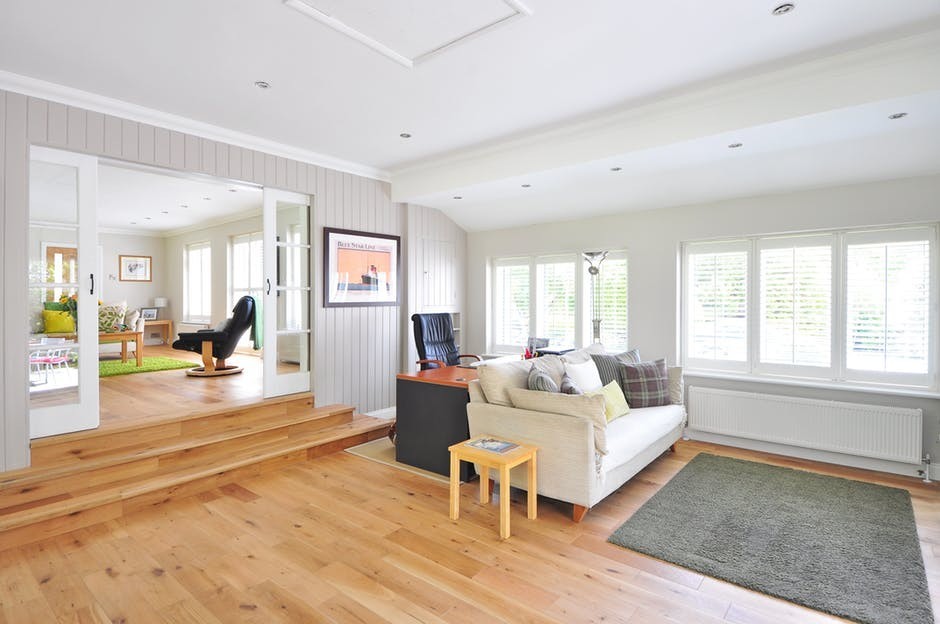 I was an entreprenuer in Asia and have dealt with a lot of Asian supplier’s before when i was growing up in the Philippines. This is an article that explain why the labor is so much cheaper in Asia as compared to the Western Countries, which comes from a point of view of a businessman which has always been in business ever since after graduating from University.

I don’t know why there are so much more massive population in the east as compared to the west, as far back as i can remember when i was holding my mother’s arms and sometimes my father’s as a very naive and young child going to places in the groceries or shopping mall in the Philippines, there are a lot of vendors in the wet market which i didn’t like to get my shoes wet because there is always the smelly stench of dead fish and animals which im not familiar with.? People inside the wet market sell the same products as everyone else and they always try to keep a smile even thou at times i noticed at no one buys and just browse thru their store booth. 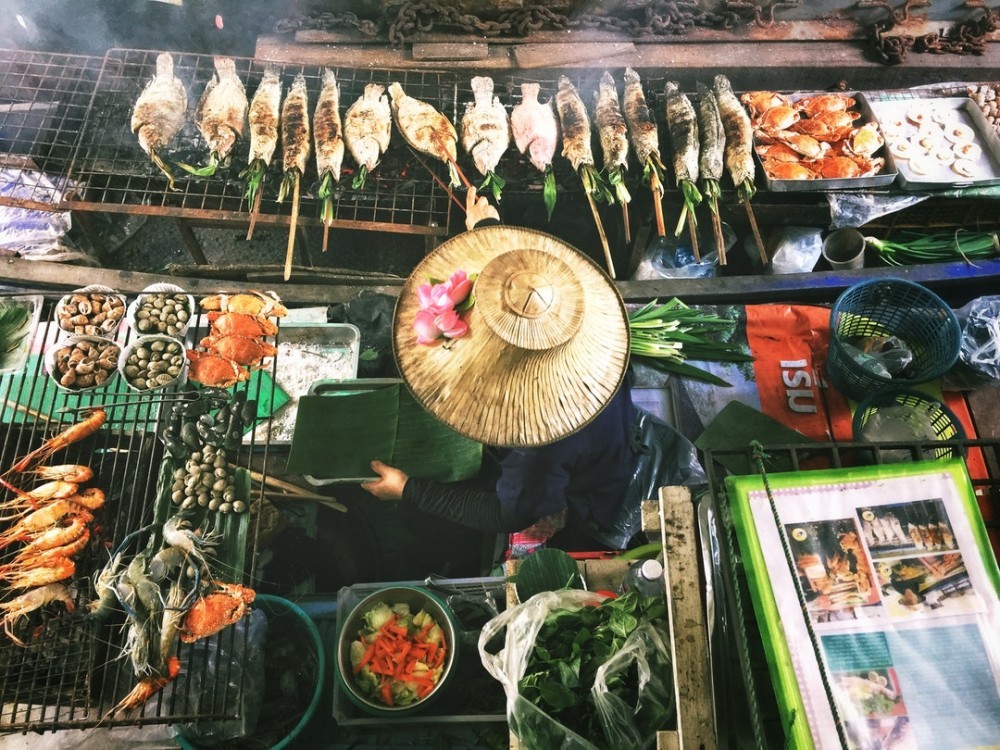 Everyone and all the vendors with their store booths are desperately wanting to sell their wares and products and even willing to give in to a customer’s haggle which at times is unreasonable.? All vendors are just wanting to make a sale to keep everything afloat and upkeep on rent, family expenditures and needs.? You would have asked why is everyone inside the wet market selling the same stuff and try not to differentiate?? It is because the resources in that particular area is at the side of the seashore and of course that’s the only place that you can harvest your products which is all similar except that sometimes some vendors are lucky to catch a bigger fish or extra large crabs which can demand a higher ticket price tag.

You see if everyone is selling the same stuff basically , they are open and willing for anyone who has the cash to haggle prices.? And there are lots of vendors with large extended families who are willing to work as long as they are able to eat breakfast, lunch, dinner and some jollibee burgers on occassions. 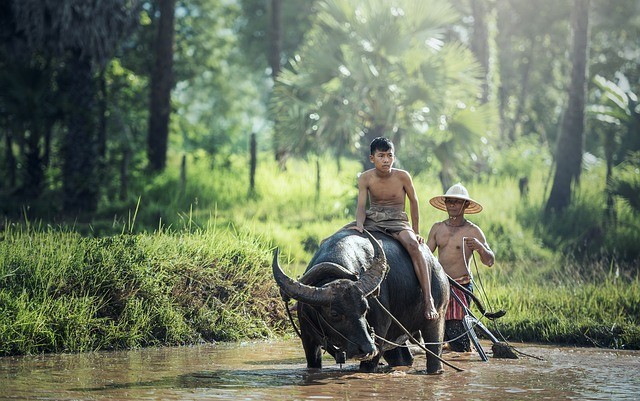 There is a large population in the Philippines that everyone from small towns wanted to come to the big city and wanted to succeed and just willing to do anything just to get out of the small community where they were once before.? Then there are these ethnic east indians and chinese who saw the opportunity in the Philippines because of the opportunity of the buying power of the populace would try their hand in the local market as well and this would come out to be a jungle of entrepreneurs trying to cut prices and gain customers on razor profit margins. 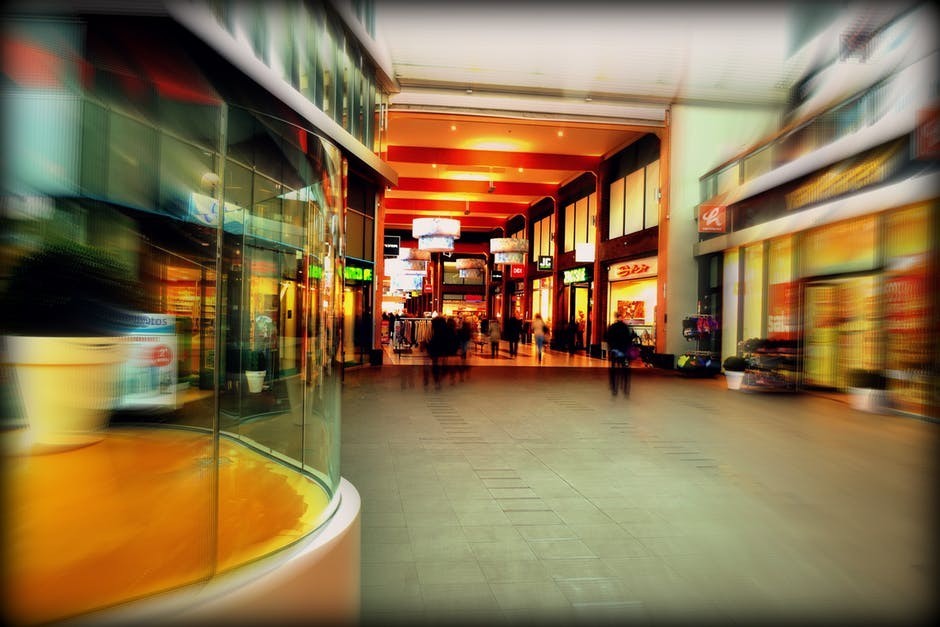 I was once in that jungle selling the products as everyone else since most of my goods are from : Hong Kong, China, Singapore and USA eventually i have to give it up because i cannot sustain my business if everyone is selling the same products and i have to evolve into selling unque products and services in order to stay afloat.? Hence the business model of differentiation comes into play, but this is only true if your market is in the consumer goods and services, you have to be a pioneer in order to succeed just like what i did on Saveinks.com and Savetoners.com ( shutdown already ), i was one of the few also selling the first e-cigarette in the philipines, but since this business is simply buying off from Aliexpress.com or Alibaba,com then this small venture of mine was easily outshine by stores beside me selling the same products under a different generic brand name.

This is a vicious cycle of startups and copycats, whoever has the capital resources to continually pursue then it will lead to razor thin margins and eventually business will collapse since there is no originality of products. 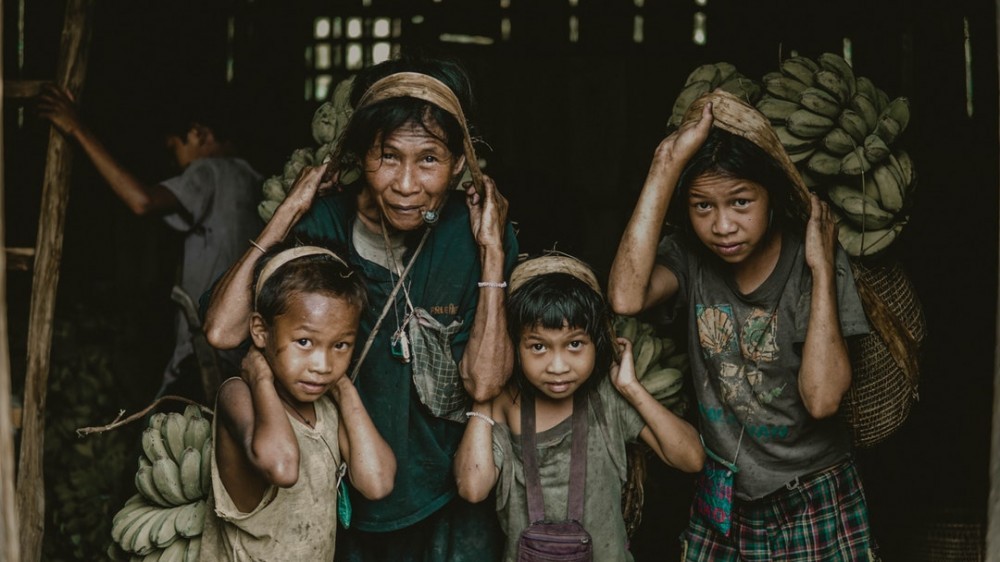 Hence the labor is cheap simply because this is the natural market pre se that dictates the demand and supply.? There is always a glut in the supply in Asia since there are so much natural resources and people trying to make a sale even a small profit.? If there is a glut in supply and there are lots of people out of work then of course there are plenty of labor out there just willing to make a buck, employers who has lots of supplies and products would then make use of the available workforce to promote their products. 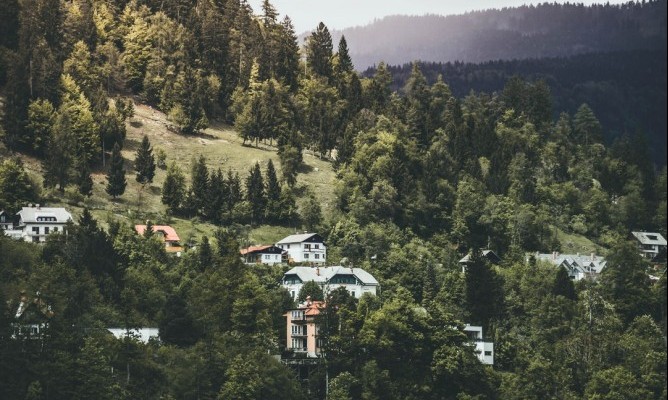 In the west as i have observed especially in Canada and United States of America the populace is not as significant and there are few people who are looking for work and the employers coax the people who are willing to work for a premium since the population is a fraction as compared to Asia, where there are lots of people who are still on a subsistence level in order to survive and manpower is just too much.? Likewise the importance of an individual is not important in Asia since there are just so many Mr Jones as you can count on your fingers on how many Mr Jones here in the western part of the world.

This is just my explanation as a businessman doing business in Asia the Philippines and here in Vancouver, BC Canada.? I might be wrong or perhaps my perception is not as accurate as an economics graduate but it is according to my real life experience and journey as an entreprenuer doing business primarily in the Philippines, Hong Kong, Singapore ( i had a shop too there SIM LIM Square and hired employees ), Taiwan, Malaysia and now here in Vancouver, BC Canada on my latest stint. 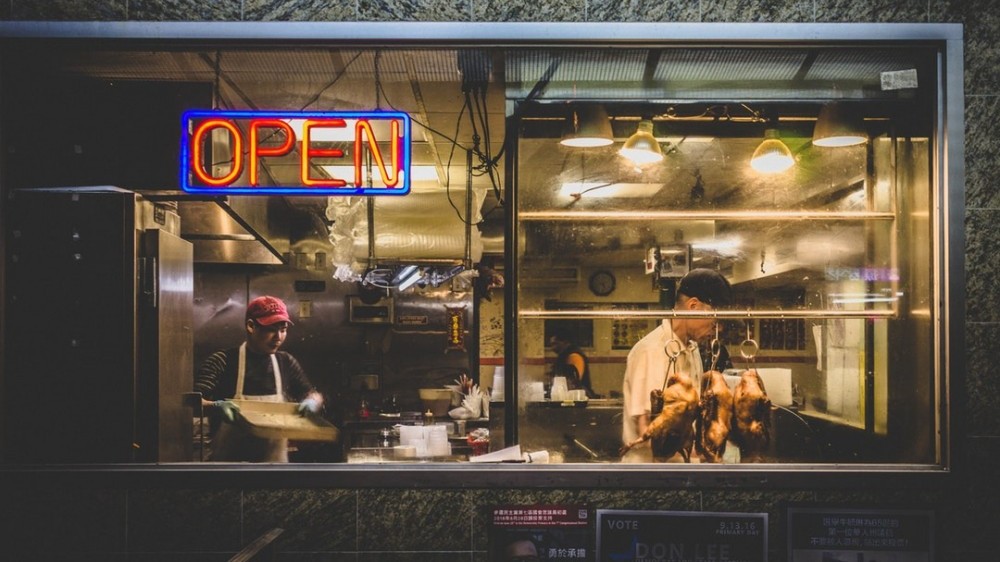 I hope this explains why a lot of Asians who came to the western world hesitate to employ other folks to work for them, it is not because they just wanted to group with themselves together, it is because of my explanation on the culture and the mindset back home and the enormous manpower pool that is avaialble to work for a small fee because a lot of Asians back home are nearly on a subsistence level on survival.? It would be an insult if you offer someone in the western world for a small fee for work, which would result into lawsuit and human rights issues, this would be a laughing matter if you are acutally in the soil in Asia i would say. 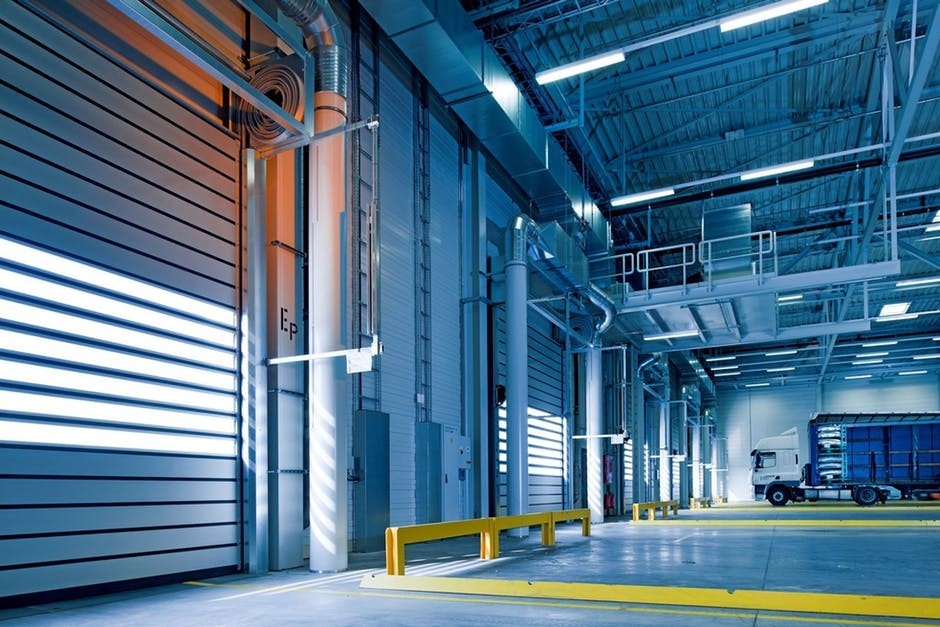 But of course in the future i would employ folks to work for me if i ever get to a point that im earning a comfortable income and thereby also contributing to the local community by hiring local folks.

This is still not in my thoughts since im contemplating of learning online business and location freedom which is in my mindset now after delving aggressively in the offline business for a long time already.? I wanted to try my hand online before it becomes oversaturated.? Im totally ingnorant to say this but since there are so many self proclaimed online millionaires out there then there might still be a chance to get to the bandwagon, is it the goldrush now gearing towards online? ( i sincerely don’t know, since im not an authority )

Do You Drain Beans When Making Chili?
10 Tips To Keep Your Vending Accounts Everlasting
Is Pizza a Salad Or Sandwich?
Dry Ice Down Sink?
Whats a Steak Burger?
Why is It Called Closed Sandwich?
How could vending machines be improved?
What Do British People Call Pots?
Do You Rinse Marinade Off Chicken Before Cooking?
What is the Sweetest Food Ever?
Tweet
Email
Print