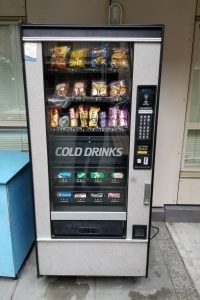 Vending machines are indeed one of the most ingenuous inventions of the 19th century.

These machines work by dispensing foods and drinks, as well as other articles such as cigarettes, by inserting pieces of coins or a credit card. 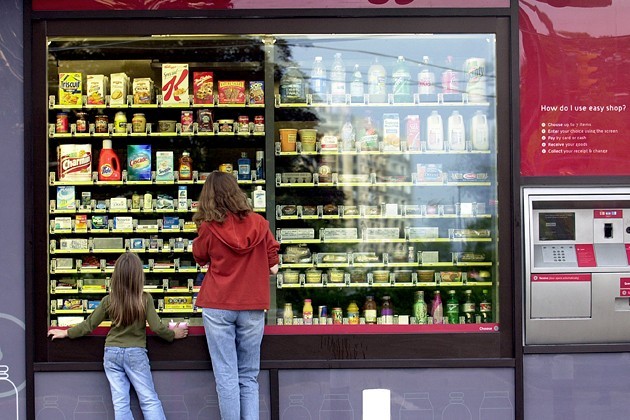 Since their inventions, vending machines have transformed how easy it is to access essential foods and drinks, especially at workplaces.

Picture of a high capacity vending machine which is installed on a big warehouse type logistics center with 300 employees. 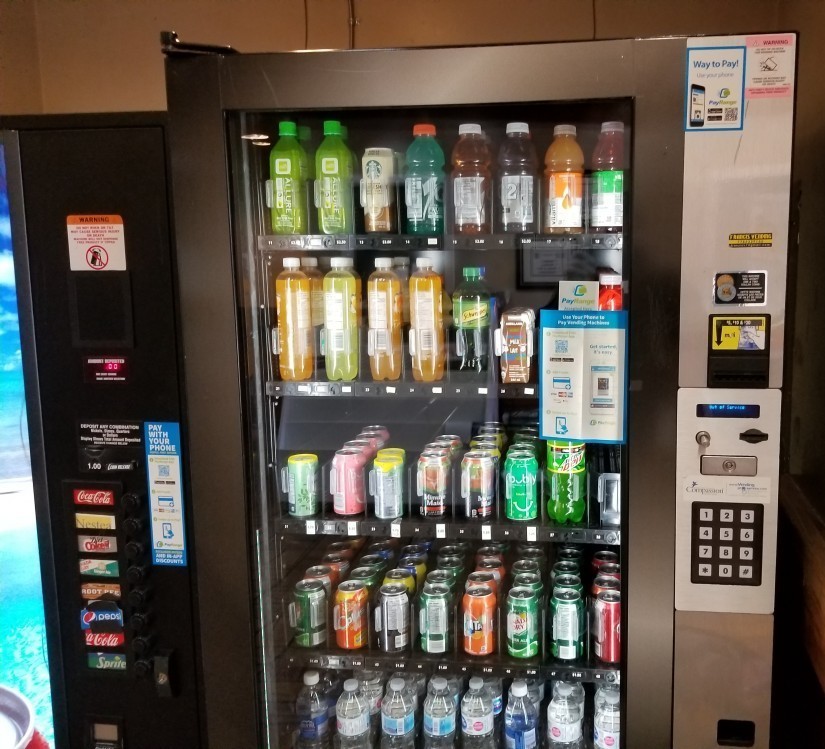 It is not only a way of availing essential articles of foods, cigarettes, etc. to your employees, it is also a seamless means of offering your products to the general public.

It takes away the need to be physically present on site.

This is the kind of flexibility you hardly get anywhere else. But aside from their immense advantages, vending machines are also known to be fairly deadly.

According to research, there were some 37 deaths attributed to vending machines between the years of 1978 and 1995. In order to crunch the figures some more, that was about 2.18 deaths annually, in the US. In essence, that means that 1 in every 112 million people in the US are likely to die from an accident resulting from a vending machine. That makes the vending machine about twice as deadly as a shark attack.

See also  Do Chips Soak Up Alcohol? (Myths and Facts)

Apart from these worrying vending machine deaths statistics, there have been even more cases of injuries. 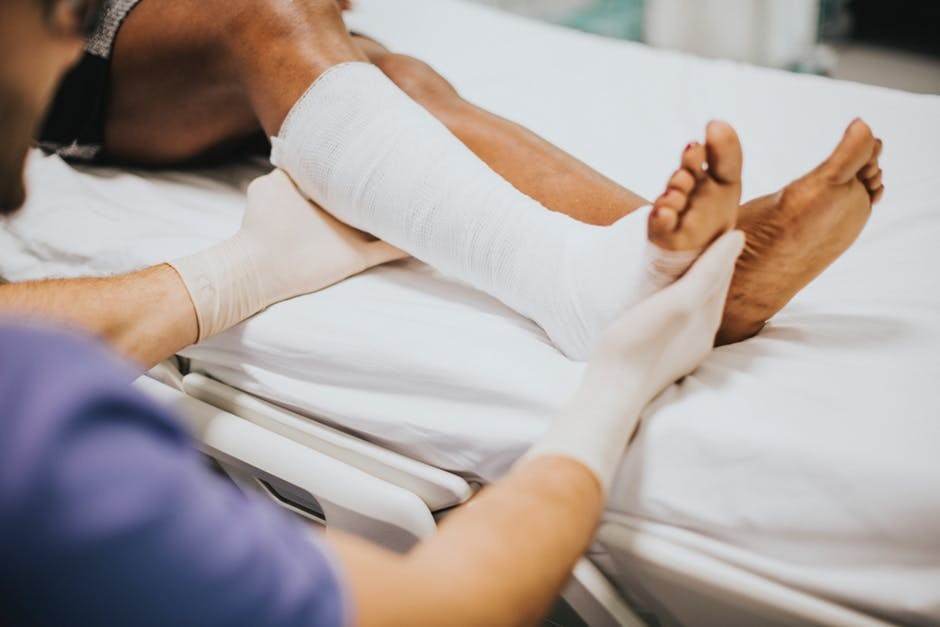 According to records, there have been over 1,700 injuries reported from using vending machines every year in the US.

These incidences could even be higher if we consider countries like China where vending machines are also fairly popular, and the population using them is more than thrice that of the US.

In the 2001 Darwin-Awards nomination, one name featured prominently among the nominees. That was the name of a 19-year old Kevin, a college student based in Quebec, Canada. Kevin was fatally crashed by a 900pound Coca-Cola vending machine when he tried to shake this gigantic machine.

I have a location in the east Vancouver in one of the apartments which occupies around 150 residents. It is only this location that I have experienced my combo vending machine which was knocked down. Here is the link of the article that I have written about this incident.

Good thing that no one was injured when the combo vending machine fell to its side. I have secured this vending machine on the walls as you can clearly see on the picture below. 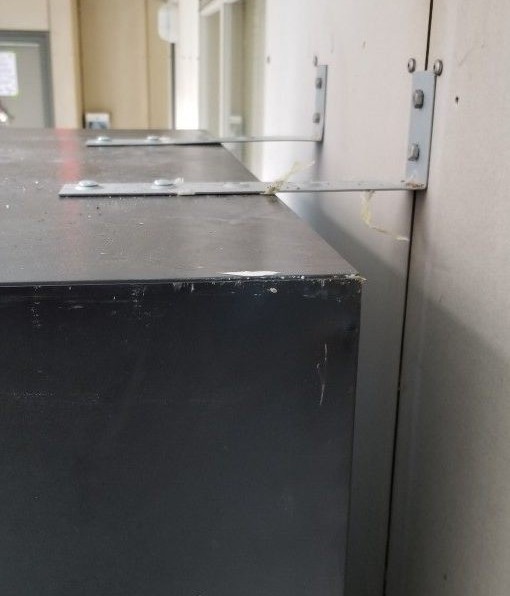 According to the coroner?s report, the college student was trapped under the heavy equipment and asphyxiated to death. It was also during this time that coroners discovered there were actually 35 deaths as well as 140 injuries caused by vending machines over a period of 20 years, in North America alone.

It was also as a result of this death that major companies using vending machines began placing stickers warning people of the dangerous consequences of kicking, shoving or shaking the machine, even in the event it fails to spit out whatever it is you were looking for.

According to the most recent statistics by The National-Electronic Injury Surveillance-System, there were a total of 1,730 reported injuries every year, between the years of 2002 and 2015. Out of these injuries, 4 were fatal.

This made vending machines earn the tenth spot among the 15 most dangerous items under the Office & School category. Interestingly, even in school compounds, vending machines killed more adults than they killed school-going children. This is perhaps due to their heavyweight. In terms of injuries and fatalities by gender, men took the greater proportion, with up to 55 percent of the cases reported in men and 45 in women.

Also, injuries resulting from vending machines differ depending on the part of the body. Head-related injuries account for up to 20 percent whereas 13 percent of the injuries occur to the hands.

The upper trunk takes 12.5 percent, the face 8.5 percent and lastly, 7 percent for the entire body. In terms of diagnoses, over 25 percent came out as abrasions or contusions, with lacerations taking 17 percent, strains or sprains taking 10 percent and internal injuries taking 8 percent. Of the total surviving cases, only a paltry 11 percent were hospitalized whereas the remaining 89 percent were either left without treatment or treated and immediately released.

But What Causes The Deaths And How Can They Be Overcome??

As expected, vending machines cause injuries when a disappointed user ends up shaking the heavy equipment.

Indeed, accounts abound of vending machines that swallow coins or credit card but then fail to spit out the drink, food or cigarettes. Usually, most users respond by shaking the equipment uncontrollably, eventually making it tip over and cause bodily harm or death.

This is why experts advise that no matter how disgruntled you are, it is imperative that you be patient.

Give it a few more minutes, and then contact the owner or a vending machine technician to have the problem repaired.

As the owner or manager of a vending machine, you could do better to get your machine a General liability insurance. This way, you will not be held liable for deaths resulting from use of the machine by your clients or employees. It is not something you want to happen, but it pays to be proactive.

Here in Vancouver, BC where I conduct my vending machine business, some companies especially the big ones require insurance liability coverage.

How much is the general liability insurance for vending machine?

The insurance covers around $3 Million bodily harm and injury on my vending machine insurance policy here in Vancouver, BC.

Vending machines are not perfect and sometimes there are occasions that the money is not registered while using a vending machine.

Of course there are some customers who nags, curse and gets very angry on a mere $1 and wanted immediate action.

As vendors we cannot solve the problem with a magic snap of our fingers, especially if you are in Vancouver and customer calls from Surrey or Langley area.

link to Best Software to Help You Manage Your Vending Machine

Best Software to Help You Manage Your Vending Machine In this article, we will look at some of the best options for managing your vending machines. You can also use the software as a vending...

Continue Reading
link to Can You Eat Potato Chips With Diverticulitis?