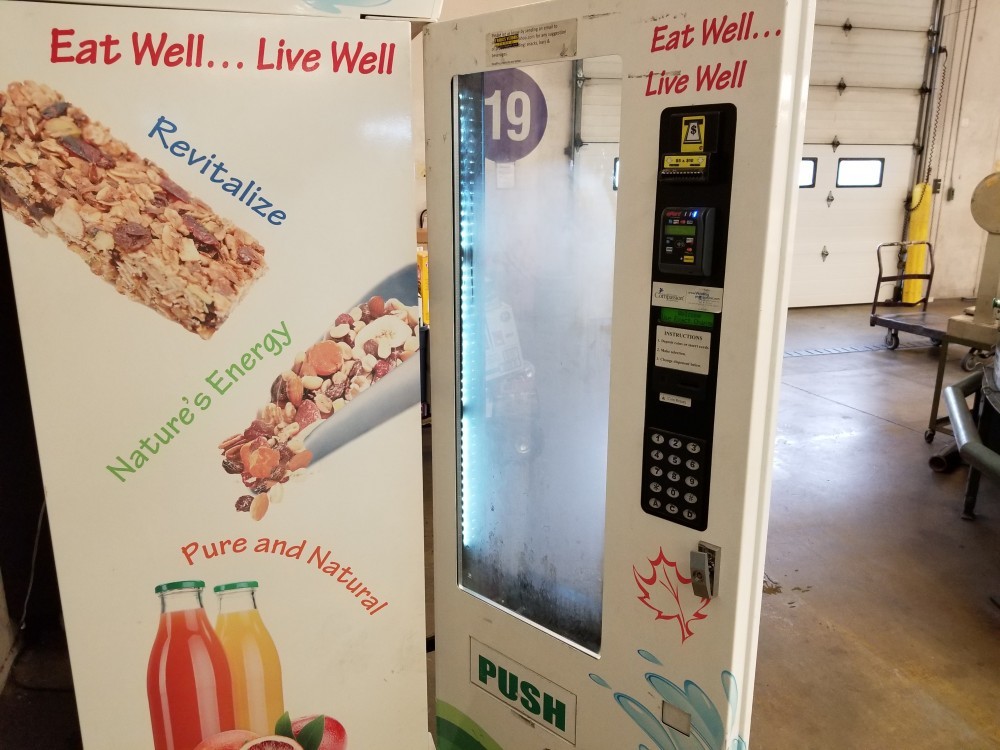 You are in a rush to work or almost missing a class and you are thirsty or hungry.

Then a vending machine appears in front of you and you feel the luckiest man.

From time to time, the vending machine steals your money, without giving you back the things you wanted.

You fill yourself with anger and think about to shake the vending machine and to a point even smashing it out of spontaneous rage!

Recently after a long time without any problems with my vending machines, I was on a vacation and was surprised when this vending machine was smashed in a reputable warehouse facility.

Most of the time, people consider this an option. We all want our money back because nobody’s paying for nothing. But what if it’s not working?

Those are some of the common questions in this case.

#1 – Why vending machines are not giving you the change and what to do?

Sometimes when you buy something from a vending machine, it can happen to not get your change back. Even if you already received the things you wanted from it.

Most of the coins or bills are filthy.

It was a teenagers’ trend to put chewing gum or duct tape on the money and try to take it back.

It was about getting something without paying for it.

But this trick is not working, only in movies.

When the vending machine is not giving you any change, even if you pushed that button over and over again, you have to call a repairman.

Usually, the number of the repairman is written just below the hole where to insert the money. 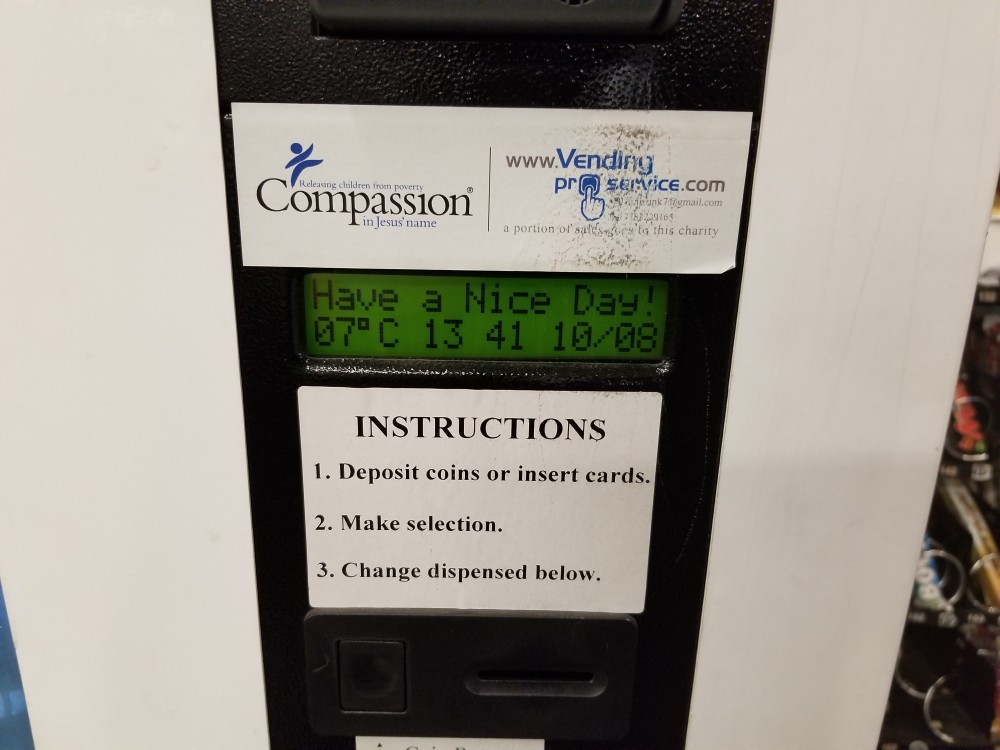 #2 – I paid with my credit card and the vending machine charged me twice. What to do?

If you look at your card statement after you paid with it at some vending machine, you will see that it charged you twice. It happens because the vending machine company didn’t accept the payment yet.

It takes a while for them to accept it, and it could happen even after 1-2 days.

The other amount is a temporary hold. It is like a guarantee for them that if you spend all the money from your card, they will still get the balance.

Don’t worry, after the payment is made, you will get your hold immediately.

#3 – How to get a snack unstuck from a vending machine?

The shaking is not an option. And there are more easy ways to do it than moving, punching or kicking.

The hole from where a snack would fall has a flap that prevents the snack or a soda to break on the floor. Simply, you just have to push it and let the flap snap back down.

Because of the physics theories, in this way, the flap moves the air from the vending machine and makes your snack fall on its own.

If this way is not working too, the only option is to call the company. But this process can take very long, and your snack will remain stuck.

#4 – The vending machine is broken and took my money. What to do?

The most important thing to remember is, as I said, to not move the vending machine. Because of its size and weight, it can cause you damage if it falls on to you.

The first thing to do is to call the number that is written on the machine.

The assistance for the particular company will ask you for some details and probably it will help you repair it. If the problem is much bigger, they will call somebody for maintenance.

But, again, this can take a while and maybe you are in a rush to work. In this case, most of the vending machine companies are giving a refund on your card statement. If you are lucky enough, you can get an extra dollar and some apologies for the trouble.

#5 – What if there’s no phone number written on the vending machine?

In this case, you have to look up for the manager of the property. Usually, vending machines are placed on big and crowded properties, such as malls, supermarkets, Universities, etc.

The property manager will solve the problem and maybe give you a refund. But it takes a while to find the offices of the property.

Most commonly, those vending machines are from Pepsi or Cola and surely you will find contact details on them. If the vending machine is placed at the subway or on a bus station and doesn’t have any number or email on them, then it’s the property of the City Hall.

In this case, you have to enter the City Hall’s website and search for their e-mail. It’s best not to call because, most of the time, the secretary is busy. And the e-mail shouldn’t be filled with so much anger.

Be careful. Some of the vending machines are broken of its own free will. So the property can illegally steal your money. If you think something’s up, it’s time to involve the police too.

#6 – Why should I call for maintenance?

Even if it’s a dollar or two, you surely want your money back. And if somebody is coming to fix the vending machine, it will help to prevent the same thing happening to somebody else. Sometimes, the malfunction of a vending machine is because of people who don’t know how to use it. There are people not knowing how to introduce the coins properly, and so it breaks. Most of the problems require experienced men to fix it.

As people, if something like this happens, we surely act with anger. We don’t have time to wait for things to be fixed, and we want our money back right away.

And in this case, is the property to be blamed. The hint I’m giving you is to take your money back in every way. It is a way to warn the property that something is wrong. And either they fix it or change it with a new one, it prevents happening over and over again.