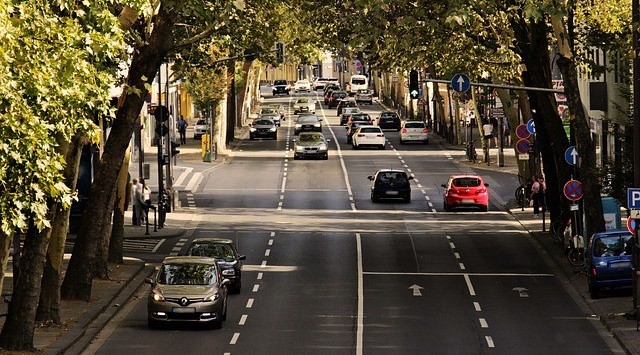 I was always driving in Vancouver around town especially in west side and east side downtown which im very accustomed.

You may have noticed that this machine was vandalize before and the glass is replaced with wire screen mesh. 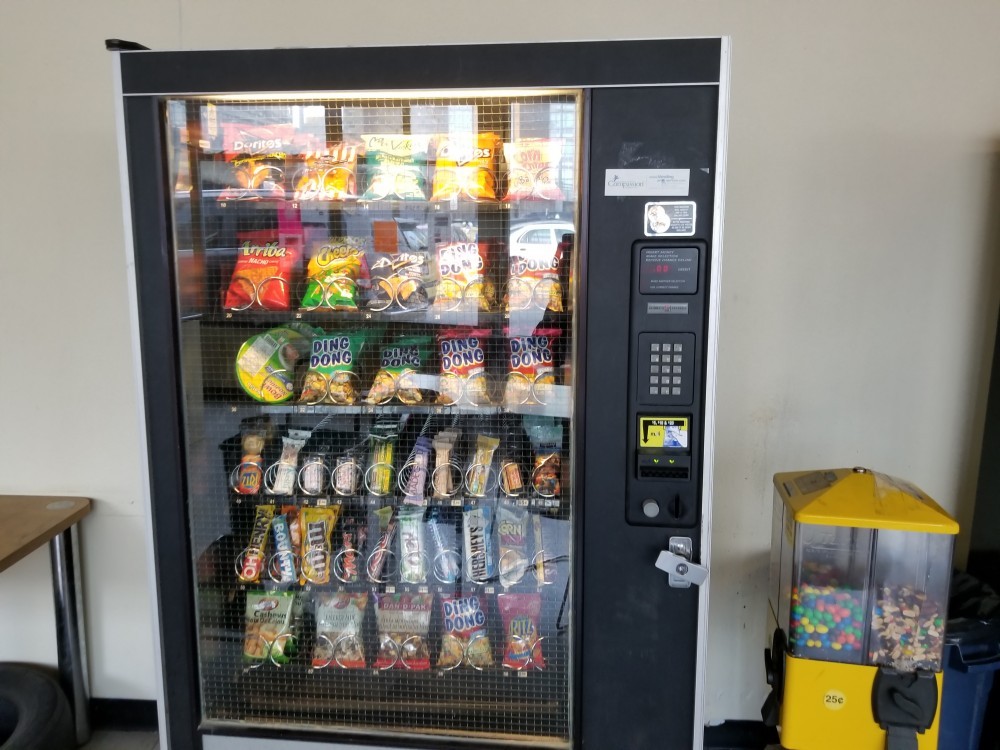 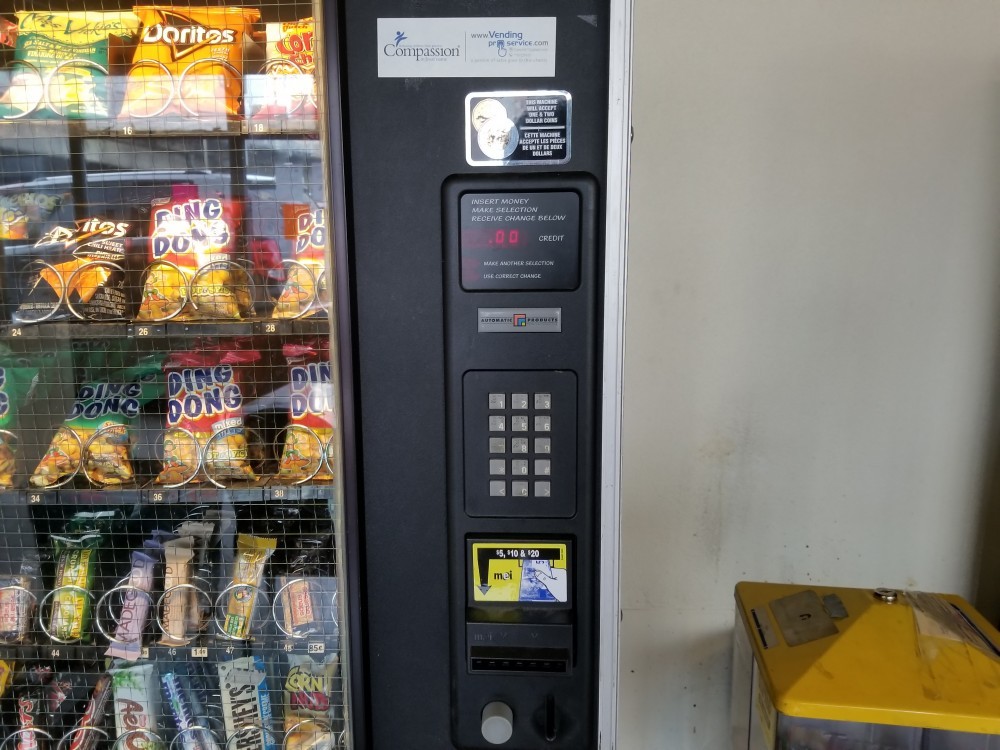 I mentioned on my last blog that the chocolate prices has increased significantly since last year. The vending operators cost per piece has gone up to around $0.85 to $0.92 per pieces plus tax.

The pictures shown below attests the price increase in Wholesale Club. 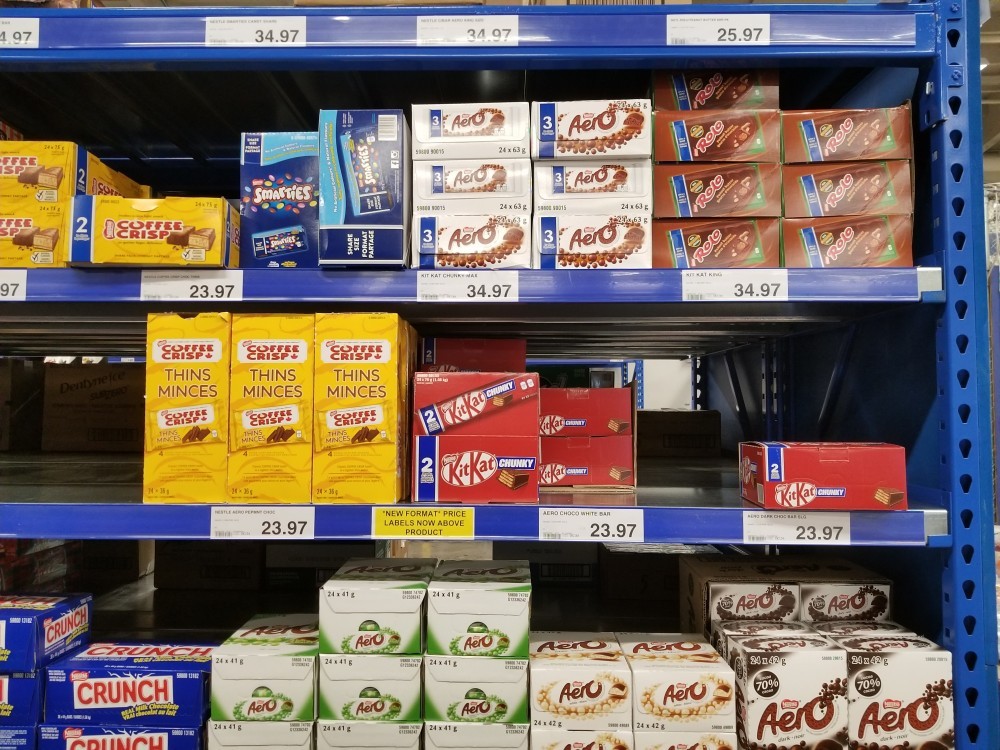 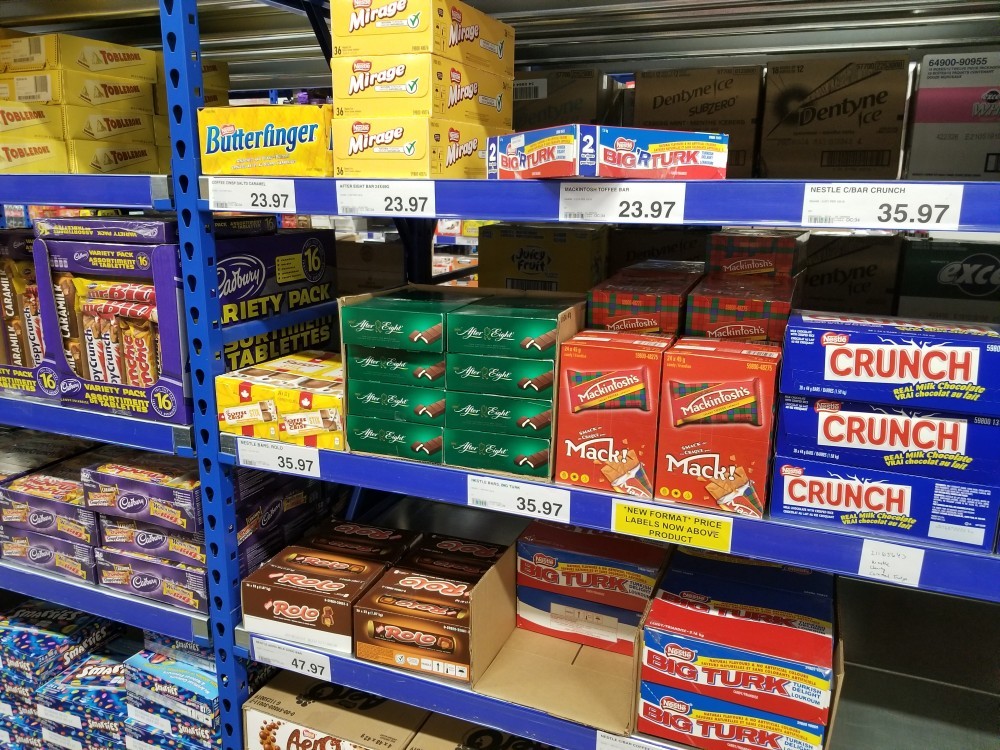 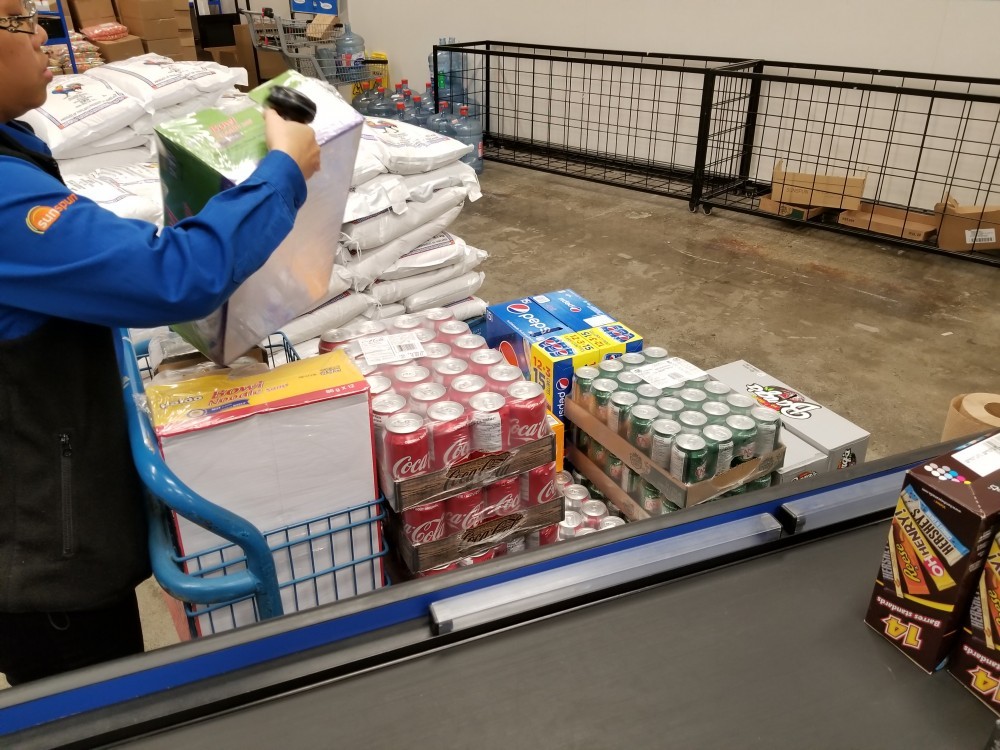 There was one location on the east side part of town that lights are out and need some change. Of course, I have some spare and it was an easy fix for me. 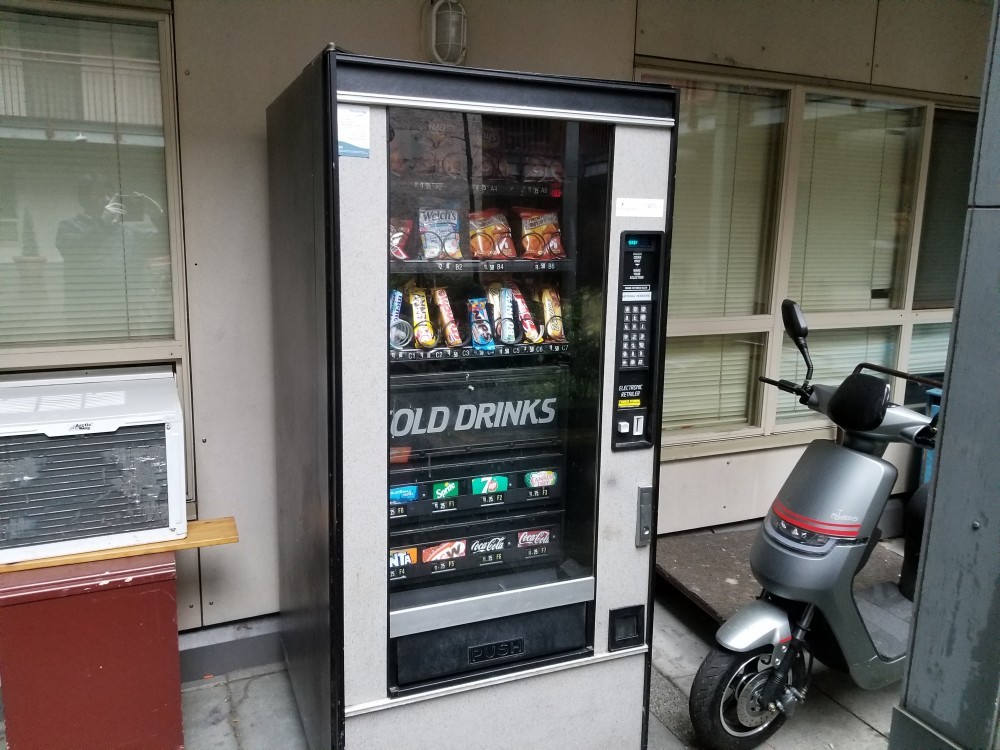 I took a lunch break in another part of town at New Westminster. I was contemplating to secure a location and the owner was very kind to offer space at the side of the restaurant and agreed to place a caged pop machine since the bus stop was just across their establishment.

Pictures show the location which was supposed to place the pop machine which is located on the side of the restaurant. 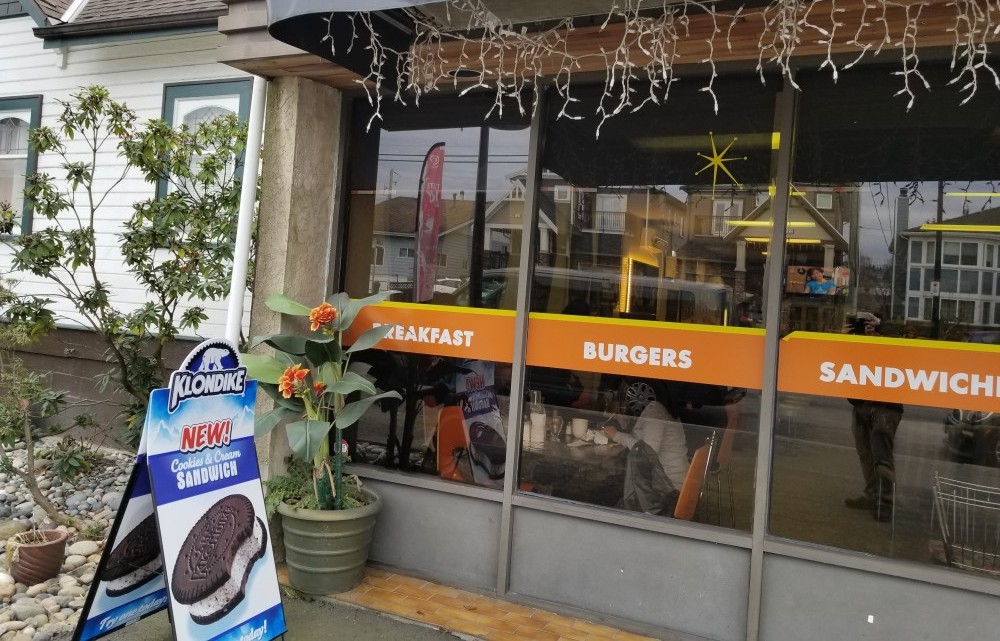 This visit was my second time around and the owner suddenly changed their minds and opt not to put a pop vending machine for the moment.

I’m used getting rejections since its part of business. I was thinking that I’ll try again on the next prospect which I would offer on my daily driving and soliciting at times when I feel like it or if it along the way.

It is a numbers game in sales.

Also within the vicinity of new Westminster, one of the snack machines was installed with a water proofing type of roof and keypad was wrapped properly so that there will be no moisture setting in which might damage the motherboard inside the snack vending machine. You probably know that if there is constant water and moisture, it might get into the machine and short the board. 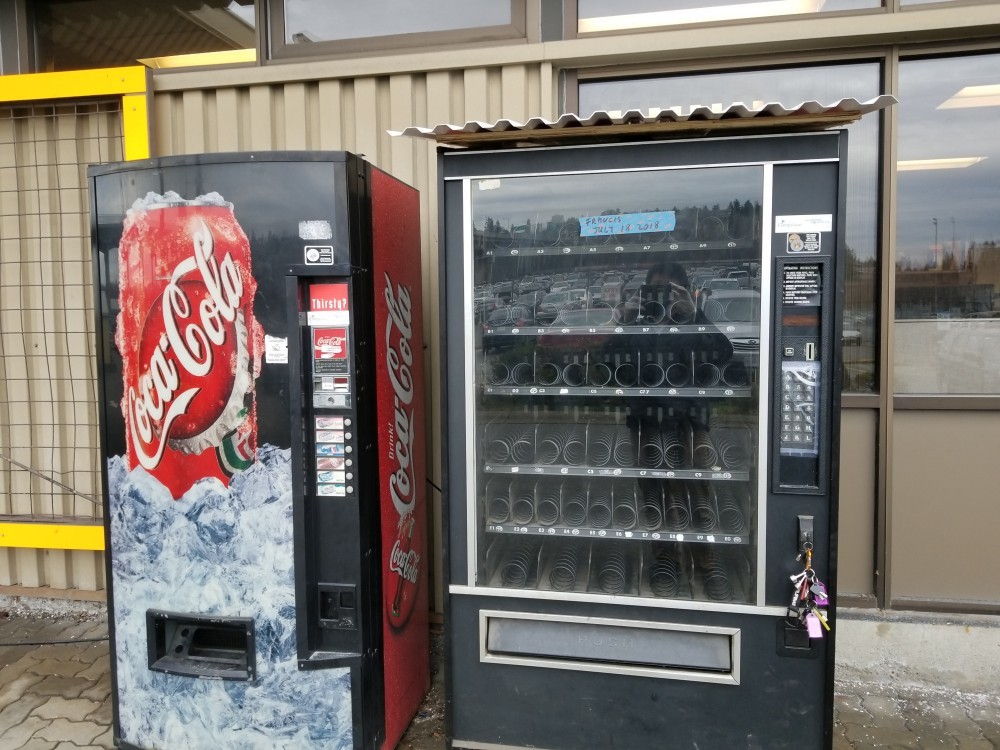 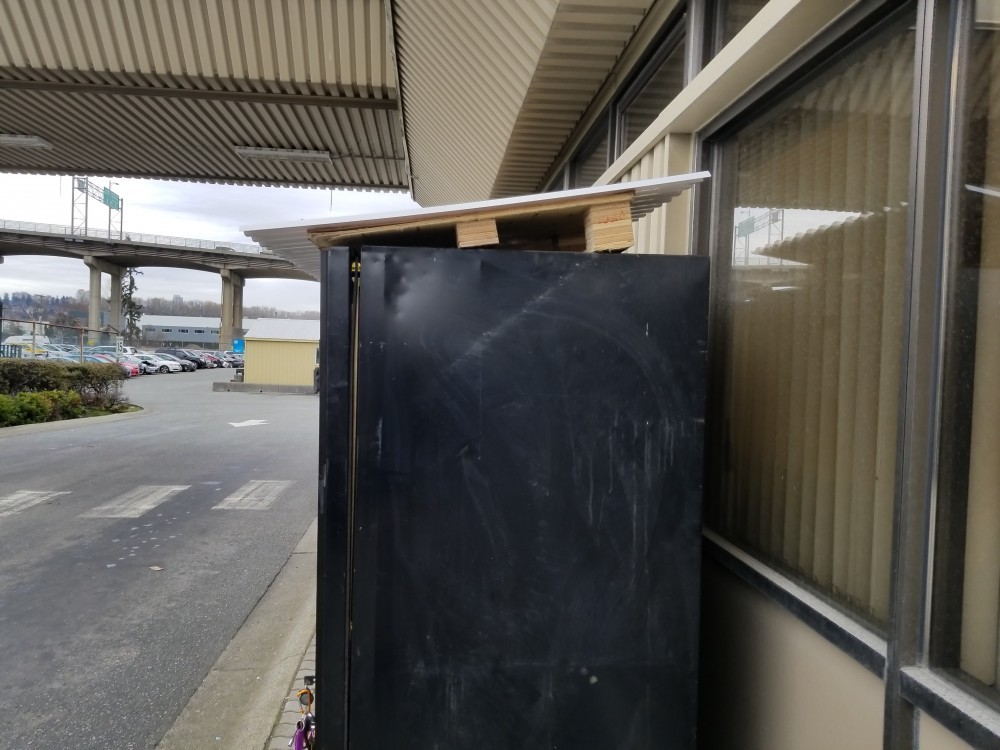 Before heading to Richmond I had to stop by at west end Vancouver. I noticed that there is a Dollar Store. Just wondering if it was on the right neighborhood.

Here is part of the article if you wanted to read on this link.

“Much of that may have to do with location. The stores strategically set

up in predominantly low-income neighborhoods, Elizabeth Racine, an

associate professor of public health at the University of North Carolina

at Charlotte, said in an interview on Oct. 23. The average family that

( Taken from The Surprising Impact of Your Neighborhood Dollar Store )

Traveled to Richmond and boy I was so hungry and wanted to eat some BBQ and needed to line up. I’m trying to be a vegan but at times I’m lulled to the smell of BBQ. 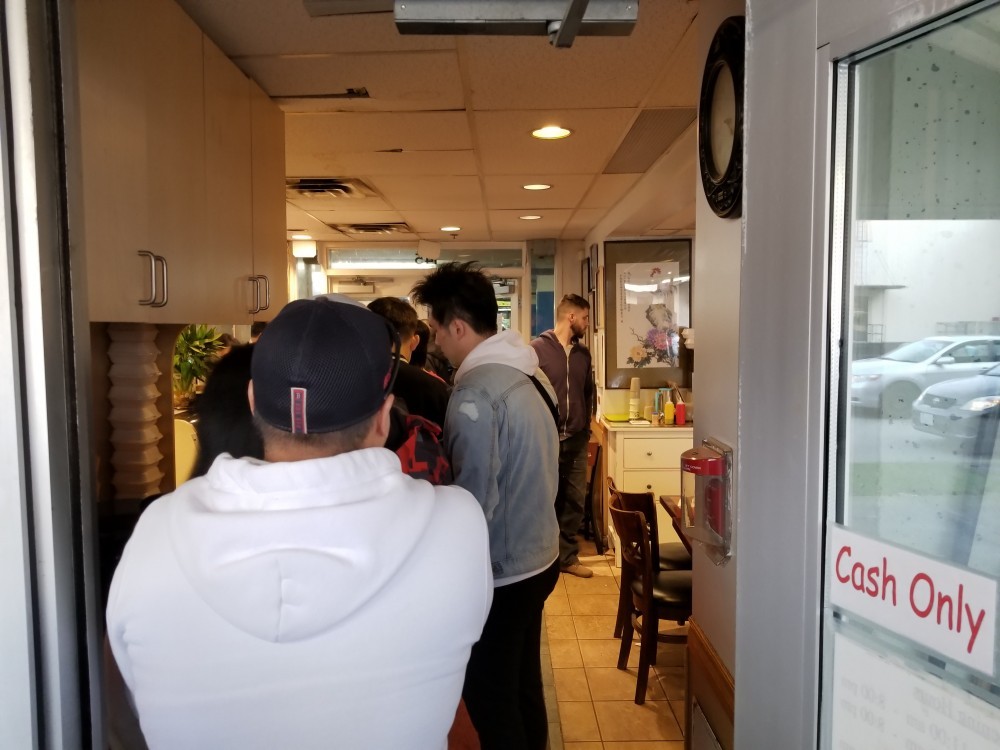 So far I was very happy with the things that I go for me lately. There is no more attempted vandalism on my work van. The little problem I have so to unload all the stuff to my garage every day when I get home.

Sometimes a bad event will lead to a better outcome.

I have a new problem now.

It’s one of those days that I woke up and headed out for work and noticed that one of my box of chips was laden with micro holes and 50% of them are empty.

So I have to hunt down the new villain. I thought I’d leave the box for the mouse to munch and eat so that the other products will not get affected.

What I did was I placed a big of Cheetos beside the box which the mouse like to eat. I can never imagine that the mouse prefer to eat baked good-natured chips than the unhealthy Cheetos! 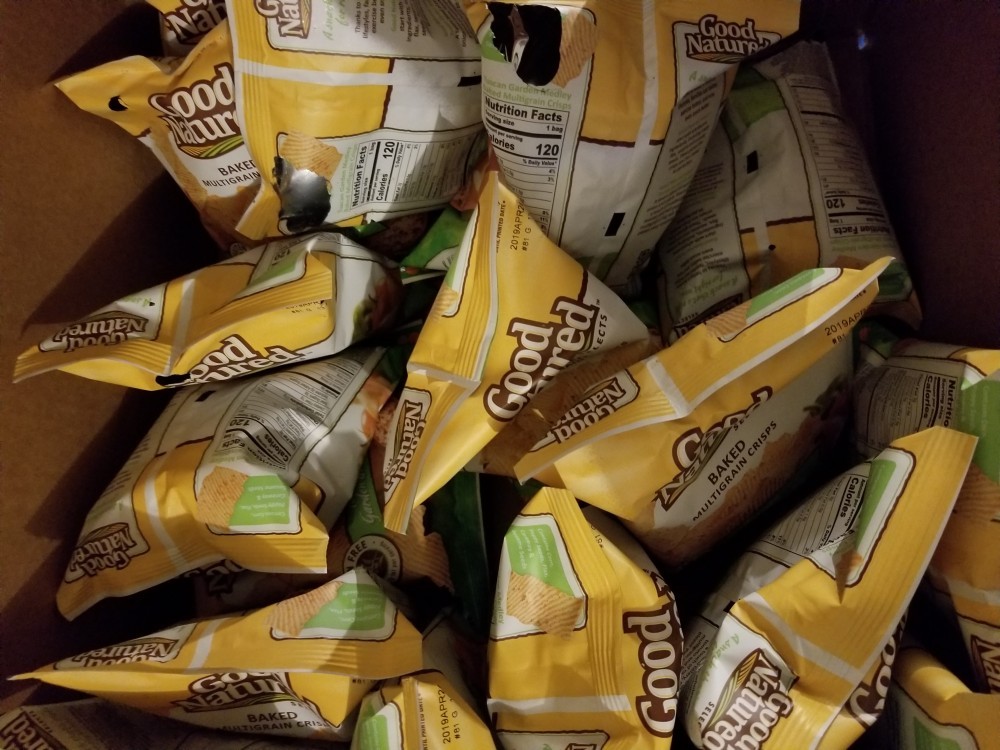 Below is the picture that the Cheetos is left untouched after placing it overnight to see if the mouse would eat it. 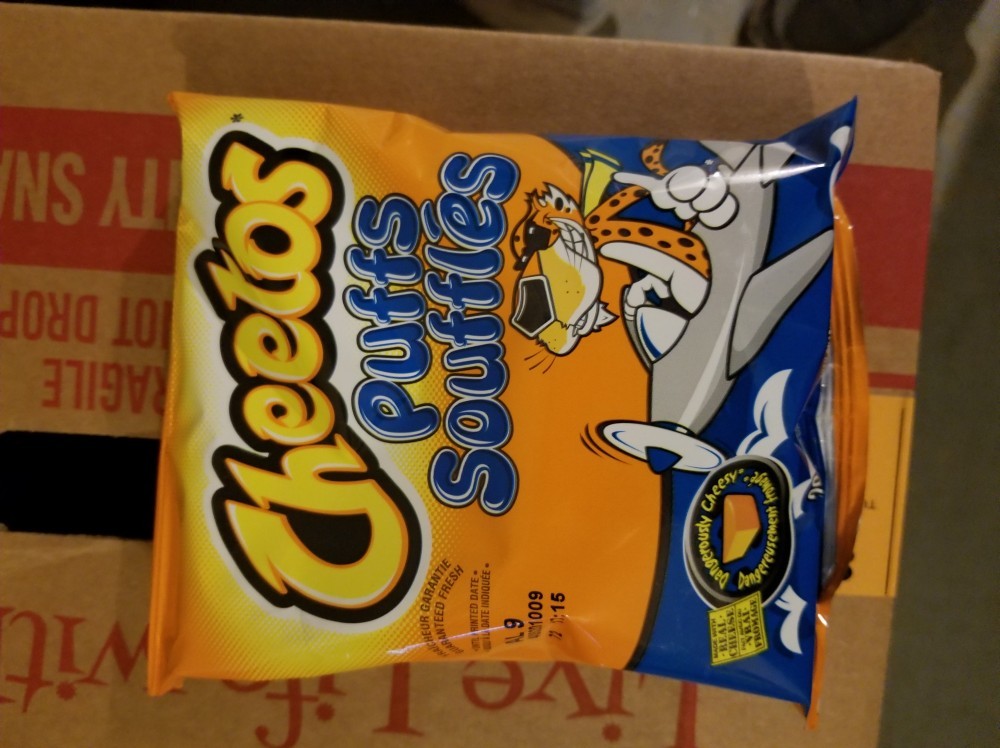 So far all the products are untouched and there is no problem with mouse. Now it will be problem solving again for me how to get rid of the new problem that I’m facing.

Sales have been improving but of course the pop is not a big seller since it is winter. January and February is traditionally slow for the vending machine business.

So far I’m still able to pay my rent or mortgage. Sometimes a little extra, sometimes struggling to catch up on deadline. So going out for collection is a must for me.

It is also tax time, so I have to submit all my receipts to my accountant. I was surprised to receive a deductible tax receipt from Compassion Canada. I was never expecting any deductible on my taxes since I freely donate some profit to compassion if I have some extra. 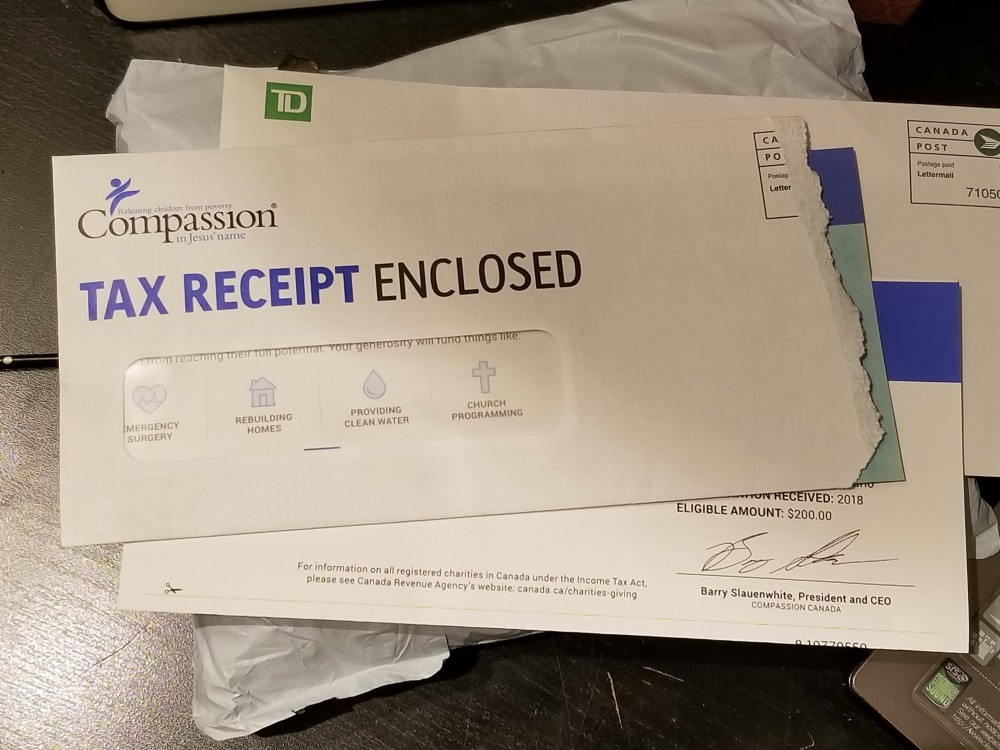 If you give something, do not count or think that there must be something in return. Just do it to your own free will and expect nothing in return. I can consider myself fortunate and a small token or change means a lot to someone who do not have anything or living in a subsistence level or born in dire straits.

It is fortunate that I grew up in a unselfish environment and was nurtured into my personality and way of thinking. The fact is as a businessman we still have to acquire the acumen and tenacy to be creative in pursuing wealth with risks.

1/2 Cup Dry Rice is How Much Cooked?
What Time is Dinner Eaten in Norway?
How Many Chips Come From One Potato?
Bad Day At Work
Vending Machine Business Plan
How Long Do Cinnabons Last?
A Hundred Years
How to Replace a Condenser Fan Motor on Vending Machine
Can You Bake Premade Graham Cracker Crust?
Are Vending Machines Profitable?
Tweet
Email
Print

link to Can You Put Rice in a Colander?

It's a common kitchen conundrum. You're cooking up a big batch of rice and don't have a lid that fits your pot. So, can you put rice in a colander to cook it? The answer is yes, but there are some...

As of July 11th, Starbucks has discontinued their Violet Drink. The drink, which was a mix of blackberries, blueberries and coconut milk, first made its appearance on Starbucks’ secret menu in...