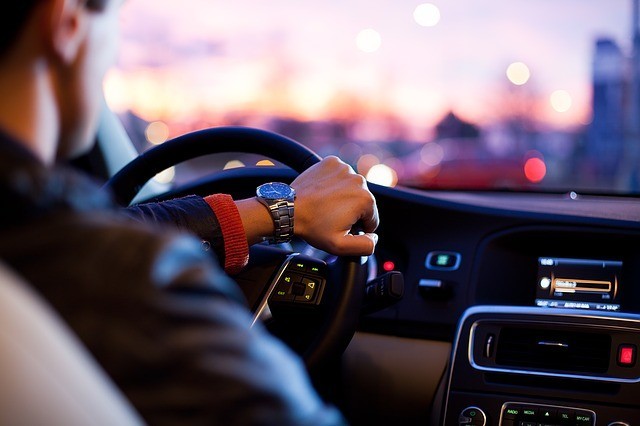 I started of last week Monday to be very well. Everything is scheduled as planned. 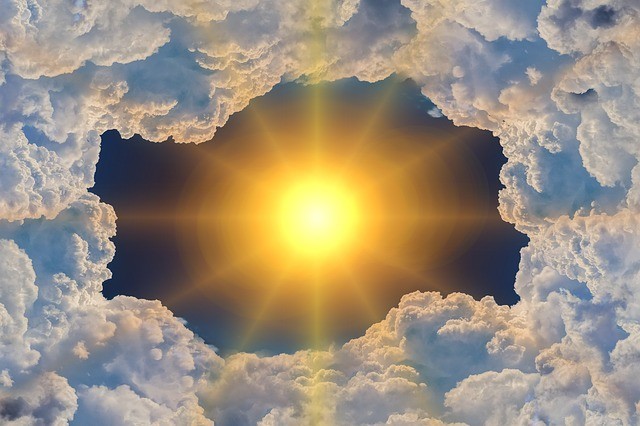 The week has been very hot here in Vancouver, BC. The record temperatures were hitting around 40 degrees Celsius.

It reminds me of Philippines and Singapore where i was most comfortable walking with shorts and mostly T Shirts. It is the preferred outfit since the weather is there is mostly sunny and was normally at 40 to 50 degrees Celsius most of the time. 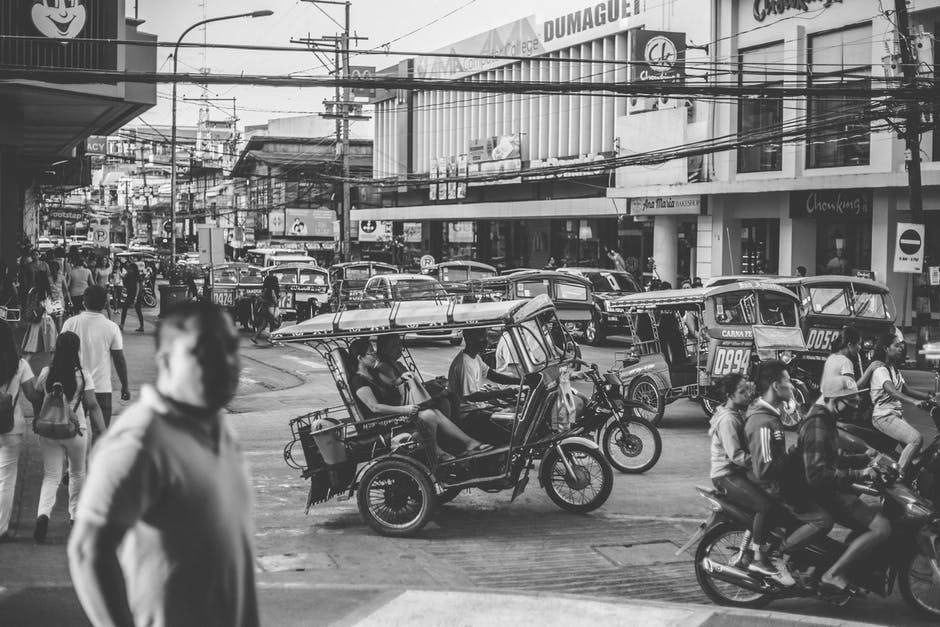 The streets in the Philippines was a common sight on people without clothes and was happily carrying out daily activities. Whereas in Singapore the street was laden with people eating at hawker centers and the people are mostly shopaholic since there are so many street vendors and shopping centers around. 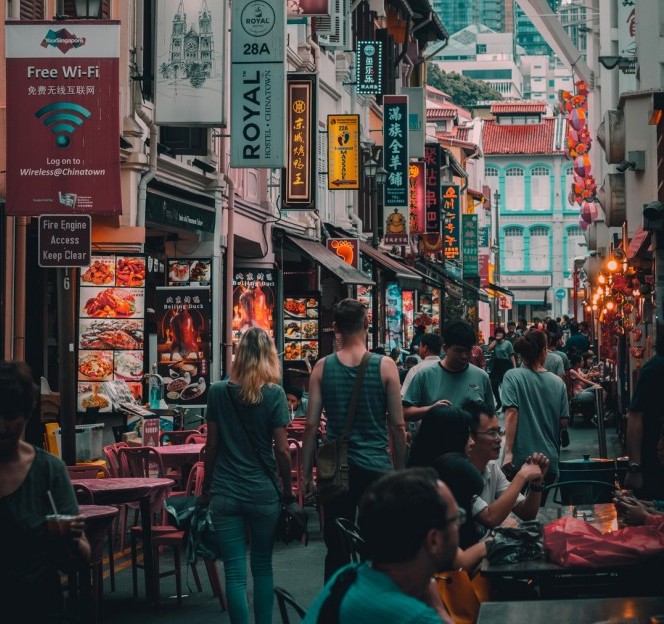 The food is excellent there in Singapore since it is a mixture of Malay, Chinese and Indian food. For me it is my preferred food since it is very rich in culinary recipes.

You cannot find a 100% Chinese restaurant in Singapore, it is normally a fusion and your will experience a heavenly palate experience.

I have lived in Hong Kong, Singapore and mostly Philippines. 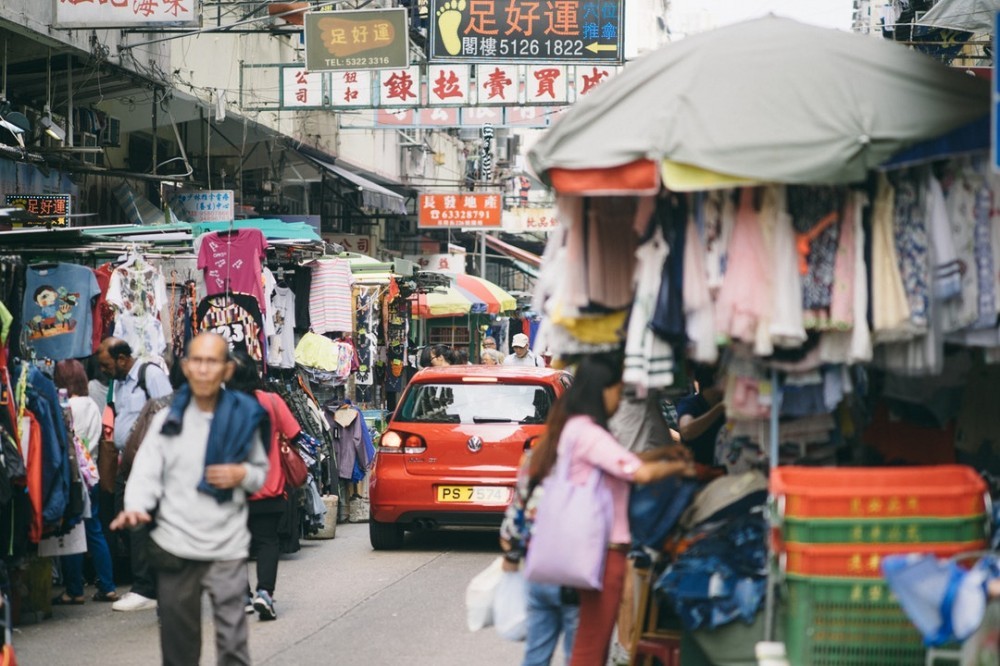 I have stayed in these countries primarily because during that time when your have to visit those countries in other to check firsthand the products.

I have been to countless factory visits which is a common practice when i was nurturing my small business back home in the Philippines which is very exciting experience.

Inspecting the products is of out most important before introducing it to my turf which is in the Philippines where entrepreneurship is very scalable.

You can start of with a meager business of low budget and work your way up. 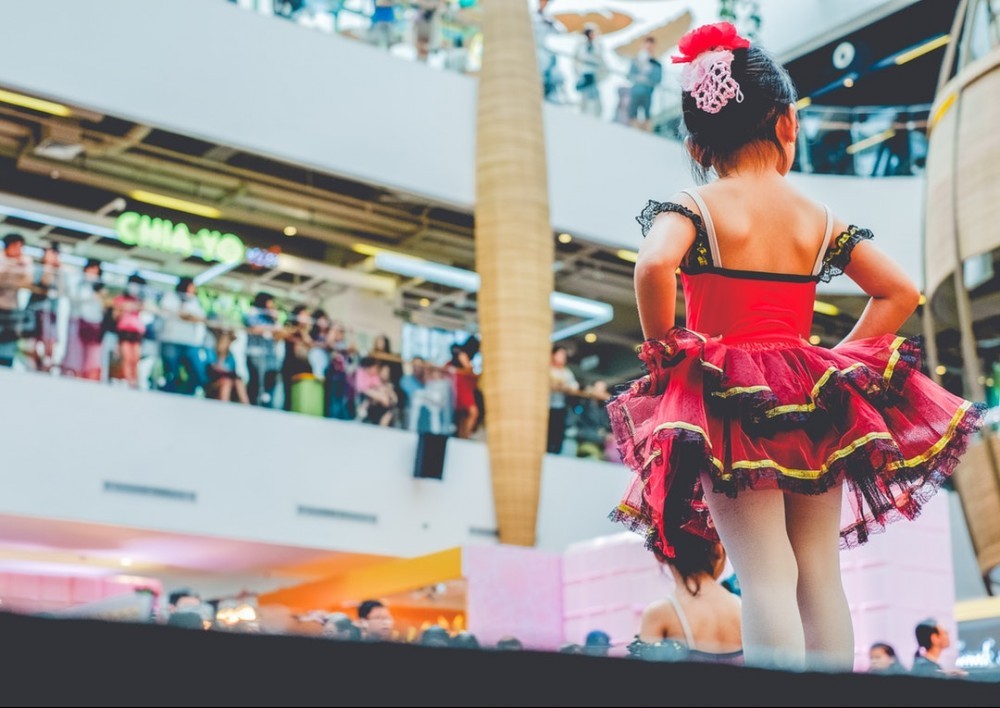 Or go big time by renting space is the likes of : Sm Mega Mall, Robinson, Ayala or Rockwell upscale shopping malls where they can pull in 200,000 to 300,000 thousand people from all walks of life with the buying power.

Philippines which is a developing country till now is the epitome of business playground.

Labor is relatively inexpensive and everything is surprisingly affordable. The solution right now is just the infrastructure on traffic conditions and the snail internet pace which needs to be significantly improved.

I guess if the country is revamped. All ethnic Filipinos and former residents will flock back to Philippines.

Enough of this comparison. 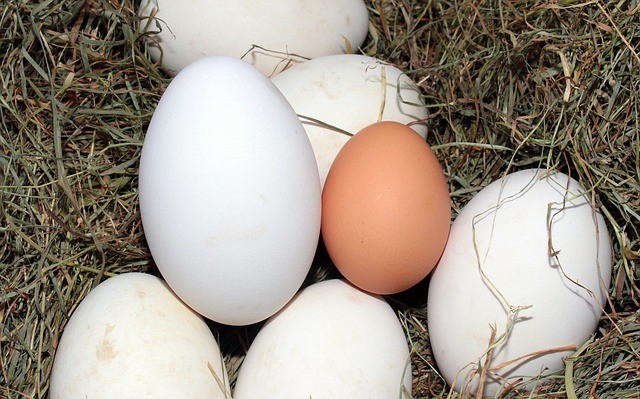 There a lot of people who does not want to be compared. Well the good thing about comparison is that sometimes without it there will be no encouragement or instilling someone’s mind to improve for the better.

Without comparison then there will be no improvement. Its good to compare people and situations so that there could be a spark for progress. 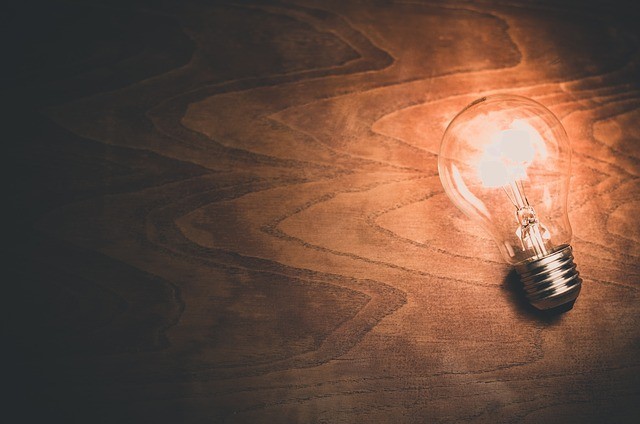 Such as getting a second job for others. Maybe it would be an inspirational thought to get more productive activities to be set in motion than laying stagnant.

Stagnation is the enemy. Even your body needs to move to ensure that your are healthy there be a personal trainer to push your.

I was surprised why both vending machines in a government facility was unplugged ? 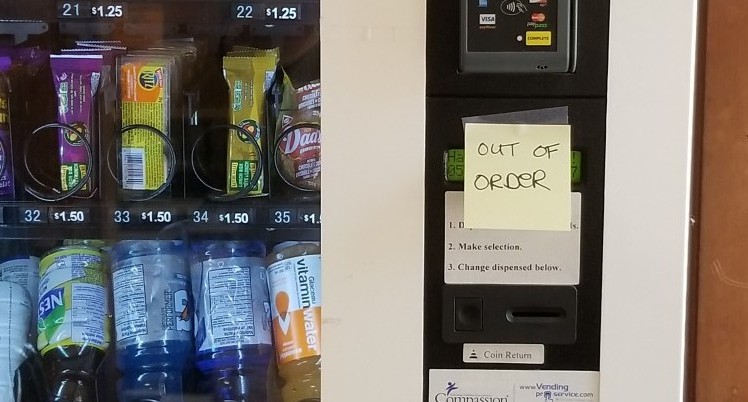 The assistant manager came out and told me that they have to plug an air conditioner and it keeps on tripping the breaker so they plugged out the plug on both vending machines.

I’m supposed to keep a cool head always but at that very instant i was on a state of debate mindset and my face was not the friendliest at that moment in time. 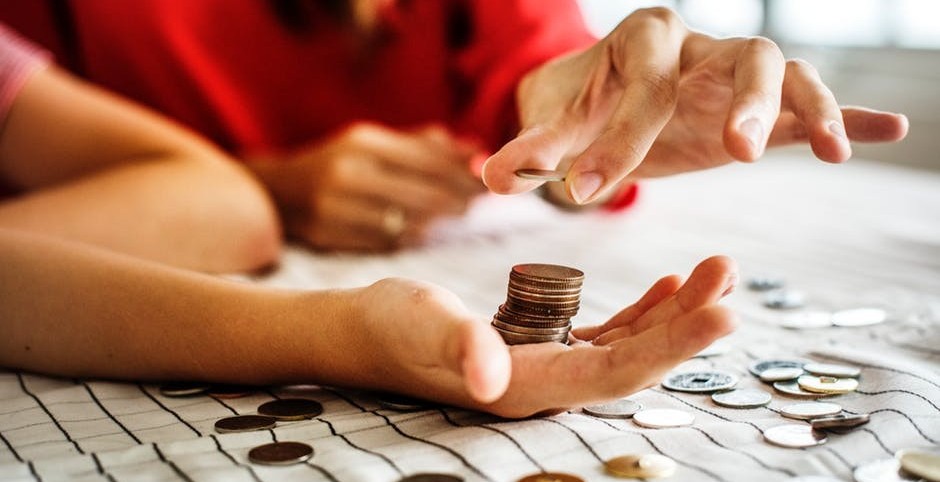 I was explaining that im paying $75 rental monthly for the space here.

The assistant manager was also trying to keep his composure and was excusing himself and said that he will discuss this with the manager which was still on vacation.

I was not happy at all visiting this location since everything was still full and there was no take home income for me, it is a good thing it did not coincide on the last week since we all have to come up with rental money or mortgage money.

I took of to the next location which is considered my evergreen location where the people there voraciously take on pop, chips and chocolate bars like there is no tomorrow. 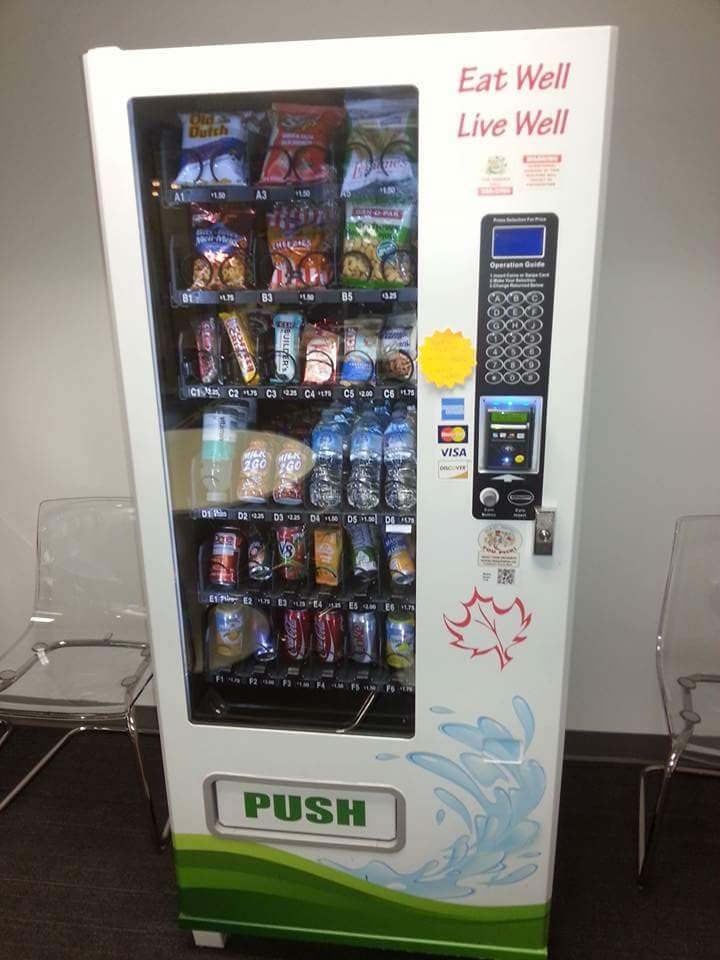 I had around 3 machines which was used heavily in that location and got frustration again with an out-of-order sign on the snack machine.

Normally this location calls me when there is a problem but this time no one seems to bother calling me.

Most problems on the machines is simply turning of and turning back on for it to work again. This happens when the coins just goes through the machine and never registers.

The vending machine from time to time freezes and your need to restart it. It happens with all electrical devices such as phones, laptops and tablets that runs a program.

I happened to go to a public location for my last visit on that day and i totally already forgot the problem that i encountered on the previous locations. 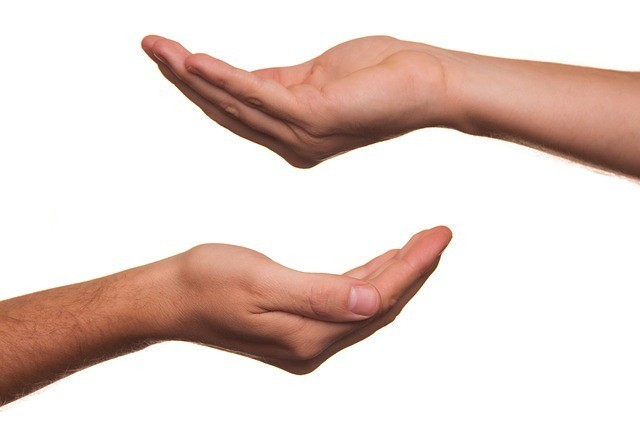 There are some locations that wanted the vendor to give out commission on every visit that your make.

These kinds of locations mean business and when your go in as a contractor doing refilling services your have to pay up every time your set foot into their turf.

I prepared the commission on the envelope as usual and gave to the personnel at the reception.

I mentioned that it was not an exciting visit this time because the chips, pop and chocolate bars are not being consumed in a jokingly manner. 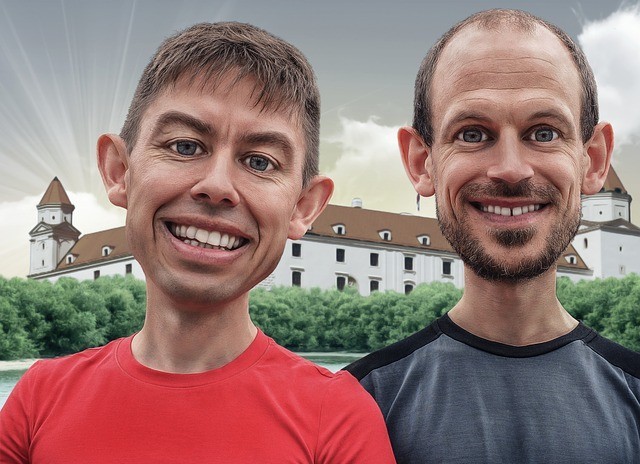 You see when your are serving this location like for 2 to 3 years now and your tone is very friendly and greeting the receptionist very casually all the time.

I said again in a tone that what i meant was that the chips, pop and chocolates bars didn’t see much movement this time so it is not an exciting visit for me this time.

I really didnt know what happened in that instant.

When i was going back to my van the person chased me and was shouting. You come here and mentioned loudly that they do not accept US$1 bill and needed it to have it changed back to a Loonie.

I was jokingly saying that most people or all the people i know of will gladly take the US Dollar $1 Bill since it is more valuable than the Canadian loonie.

I was retorted back that their public place is not a foreign exchange and absolutely need to be all local currency.

Eventually i got to their reception and had it changed to Canadian loonie in replacement of the USD$1 bill.

In Philippines everyone is very casual and always in a jokingly mindset when your are dealing with customers and suppliers. I always even mention when at times it is lunchtime.

I invite them to lunch even thou it is not my intention.

In Philippines, it is absolutely easy to get along with anyone when your are in business.

In a stark contrast, i was just surprised that this kind of behaviors may not work here in Vancouver, BC.

The people here seems to take all the details seriously.

There also instances when your are dealing with your own countryman here in Vancouver, BC, that their mindset is totally different from a person that your are talking when your are in the Philippines soil.

By the way the receptionist i dealt with was not from the Philippines.

She was from another culture which comes to mind the diversity here in Canada.

As a vendor your have to keep in mind always that the diversity here is just too much that what you think is casual and in a jokingly manner state of mind might not have the same wavelength as to the other person that your are talking to.

I cannot blame the US $1 Bill today for my series of events that happened on that day.

Vending business i think it also a process that teach your how to act properly on which situation that your are in.

Act appropriately on every situation uniquely since your don’t know the vending machines.”>level of sensitivity

the person next to you.

Most people who are not familiar with diversity will tend to have a loathful thoughts of a stereotypical critic, a curious cat or a praisingly look of approval.

I of course wanted to be looked upon as the later part.

14 Ways On How to Sell Your Vending Machine Business
Is Starbucks Water Tap Water?
Minced Vs Chopped Clams?
Ways in Boosting Sales On Present Location
Why is My Ginger Blue?
Dolly - Which dolly is best for doing vending?
What Happens If Frozen Pizza Thawed?
How Do You Say Sandwich in British?
Why is Arugula Spicy?
Do Old Pyrex Measuring Cups Have Lead?
Tweet
Email
Print