I have a combo vending machine in the vicinity of E Hastings inside a secured apartment complex.

I used to have several during that a time when my cortisol hormone levels are always at its peak! I always sleep in on Sundays because I’m not in a rush for work and it’s the only time that I really get into the mood for taking everything easy.

I got a call at around 10 am something with a muffled voice which I hardly comprehend. I called again thinking that someone might have lost a Loonie or Townie which I will gladly reimburse on my next mission.

“Your machine was broken into and the Police is here checking the video tape surveillance”. I’m already accustomed to this kind of incident. I talked to the Police and he recommended that to press charges against the person who committed the crime. I talked to the manager and he told me that the machine glass was all shattered and is emptied of contents.

I called help immediately to secure the combo vending machine on this location , the broken glass will be replaced by an unbreakable poly carbonate and it should be fine. 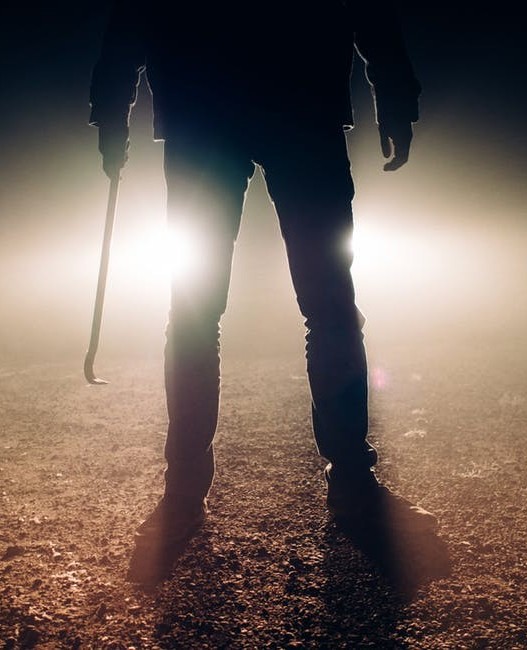 When you have a break in normally these things most be taken into consideration:

1. Opportunity Loss on the days the machine is out of service

3. Time for technician to fix it

I used to have break-ins before during the year 2017 which is prevalent and more frequent with a lot of location in the E Hastings vicinity. I made money in that area during 2016 to 2018 even thou those unfortunate things that have happened to me. 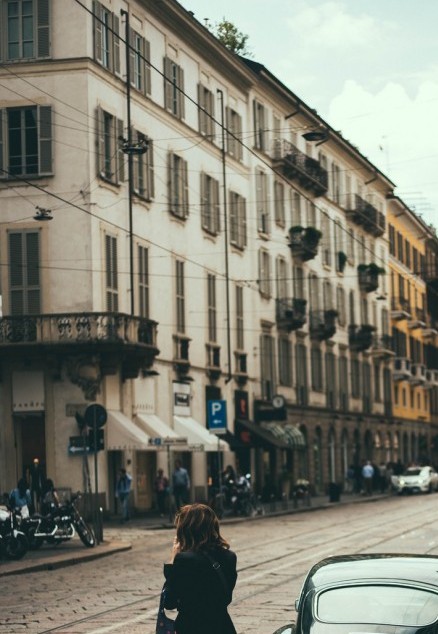 At present, I still maintain two locations in this vicinity from the previous five in the time of 2016 to 2018. Some buildings were condemned by the City of Vancouver.

With the onset of moving out of those locations I eventually developed a little sense of my sales protocol which I practiced way in the Philippines when I was doing business. I eventually secured some locations by myself in that area. 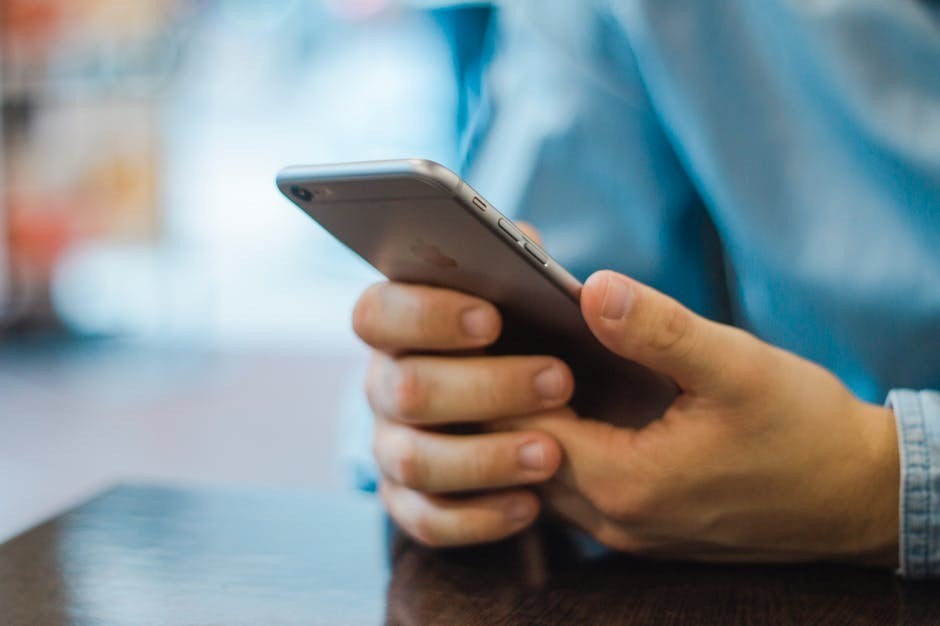 I called my technician and he told that he was also a victim of vending machine break in in the area of Surrey. I guess some parts of Surrey can be comparable to E Hastings in my own thoughts. Sometimes when I am cruising down the roads in Surrey there are more security measures such as high fences and steel grill bars in all the retail establishments. 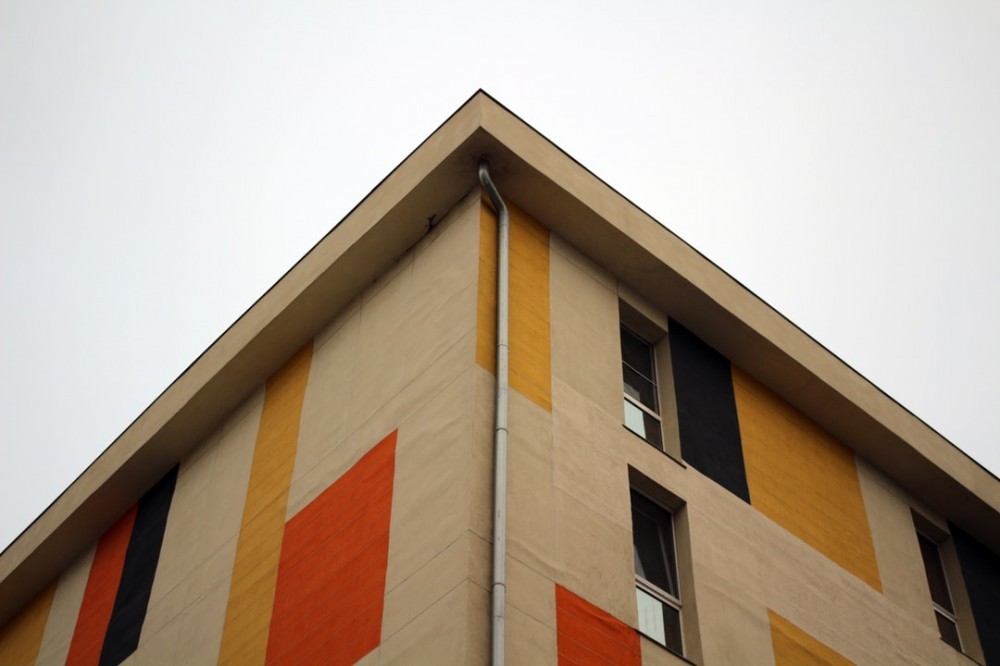 I was also maintaining a pop machine in the vicinity of North Vancouver at a storage facility which I bought the location from a locator about 2 to 3 years ago. I normally do not complain even if sales are low, I just wanted to deploy some of my machines at storage.

If I keep machines at storage, I pay around $30 per month. So it would be better to move it on a location instead. But sometimes the location is just producing say: $10 a month and diet soda are exploding because it expires and no one is buying them.

The storage facility in North Vancouver called and told me to move out the machine. Inside my head I was thinking what is wrong with me? I always give freebies when I’m on that location and still get this treatment to move out my machine immediately. The reason was “We had it with you, pop machine with exploding pop and eating money”.

In my thoughts and gut feel, is that some vending locator was trying to snatch my location and offering the North Vancouver facility a hefty commission. I feel sorry for the new owner who will be serving this facility.

Honestly the sales is just around $10 to $15 every month in this North Vancouver storage facility.

I was making everyone happy even how small the account is. Maybe it is an unforeseen force that swayed the location to call me to have the machine removed to a better location which I was contemplating in one of my school locations in Coquitlam which is performing exceedingly well. The school in Coquitlam has an older machine that leaked and it time to replace it with a newer Pop Machine with a Debit Credit Reader which can translate into higher sales.

I guess not everyone can be satisfied.

Did I mention to you that whenever there was an unfortunate incident it always leads to something better for me in general?

While I was servicing both machines in a public facility in New Westminster. Someone approached me and mentioned:”You can stop paying $80 every three months from now on, since we find that we do not need the funds for the moment”.

This is the first time that happened to me living here in Vancouver, BC. Here is the location that is very understanding to the plight of small self-employed business person. 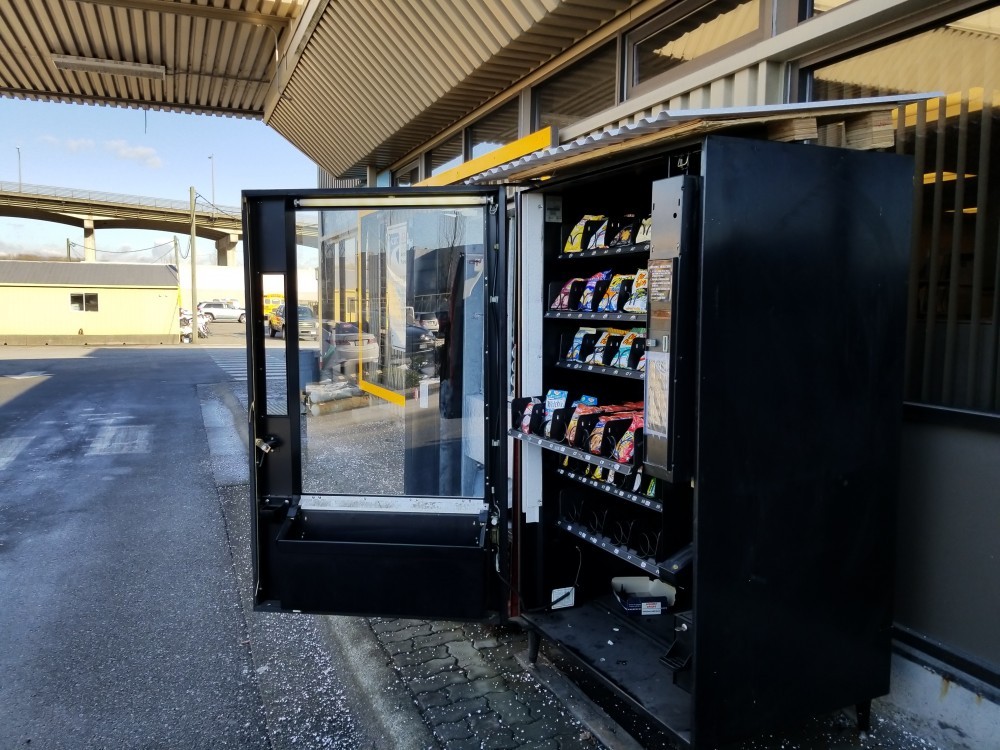 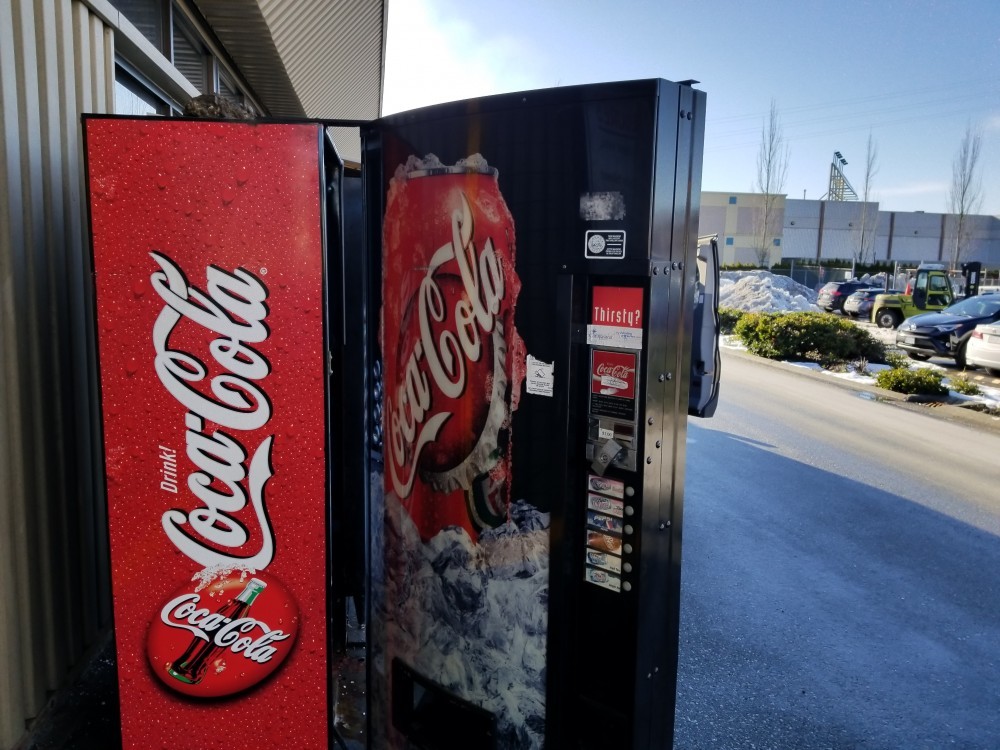 I was astoundingly happy to get such a very fortunate incident that happened to me on that same day.

It was also that day when someone called me out of the blue.

It was a location that I was soliciting last year which was located in the vicinity of E Vancouver that have rejected my proposal for a placement of a combo vending machine.

If I myself approached a location for a placement of vending machine then I inherently knew that it will be promising and high performing.

The conversation was very quick and swift. I offered a computer printout of sales report every month and he agreed and will have the machine moved immediately in the last week of February which I will be very busy. 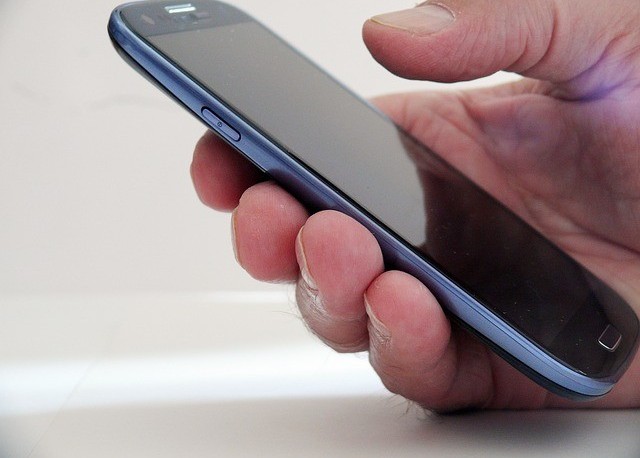 For some reason I got another call from my trusty locator. 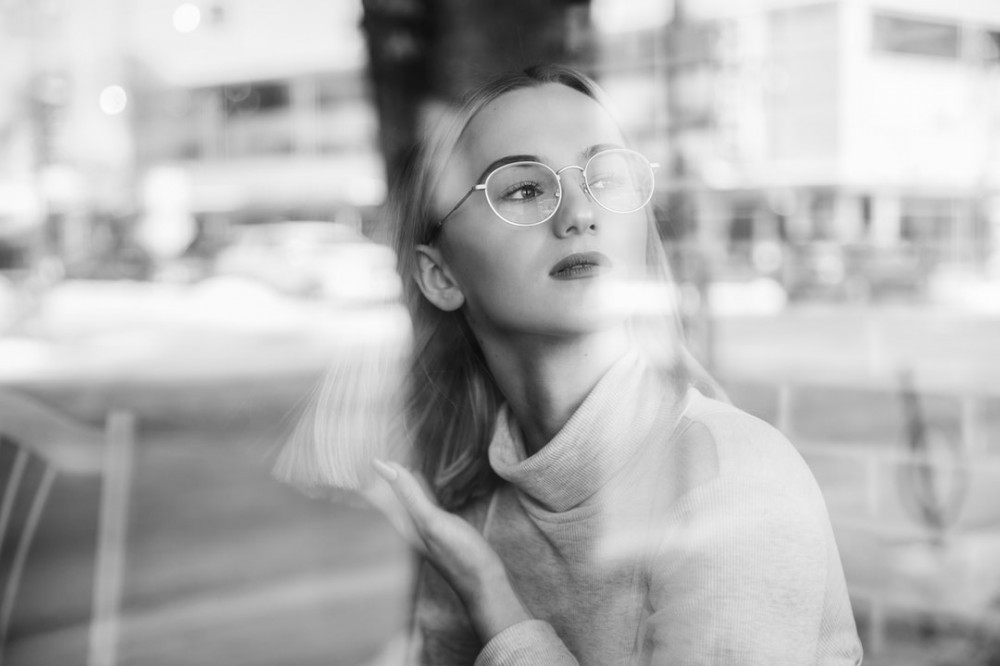 She found another school location in the vicinity in Downtown which is perfect for me to consolidate with my existing route. This locator is the creme de la creme and I wish she will always have a great relationship with me as a client. 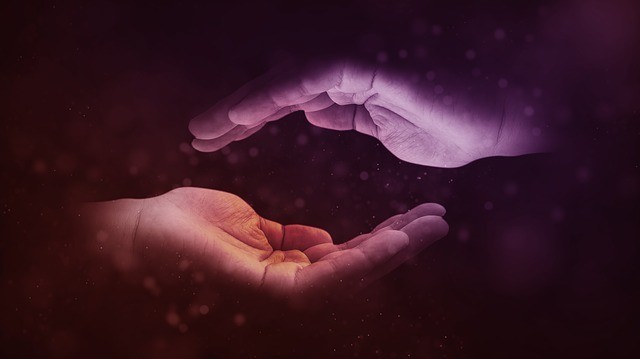 Indeed it is a mutual beneficial relationship since I have been performing my duty as a vending machine vendor and is always a good customer of her.

Sometimes I tell these incidents to my mother who is happy in the Philippines. She told me what the heck Im I doing here in Vancouver, BC???? and getting stuck there for so long with cold weather and life seemingly robotic???

I replied:”I’m trying to succeed here in Vancouver, BC. Trying to do some online stuff and mostly still in the offline manual laborious work that I have to endure for the time being.”

I’m getting envious now with my sisters enjoying the sun there in Boracay, Philippines. 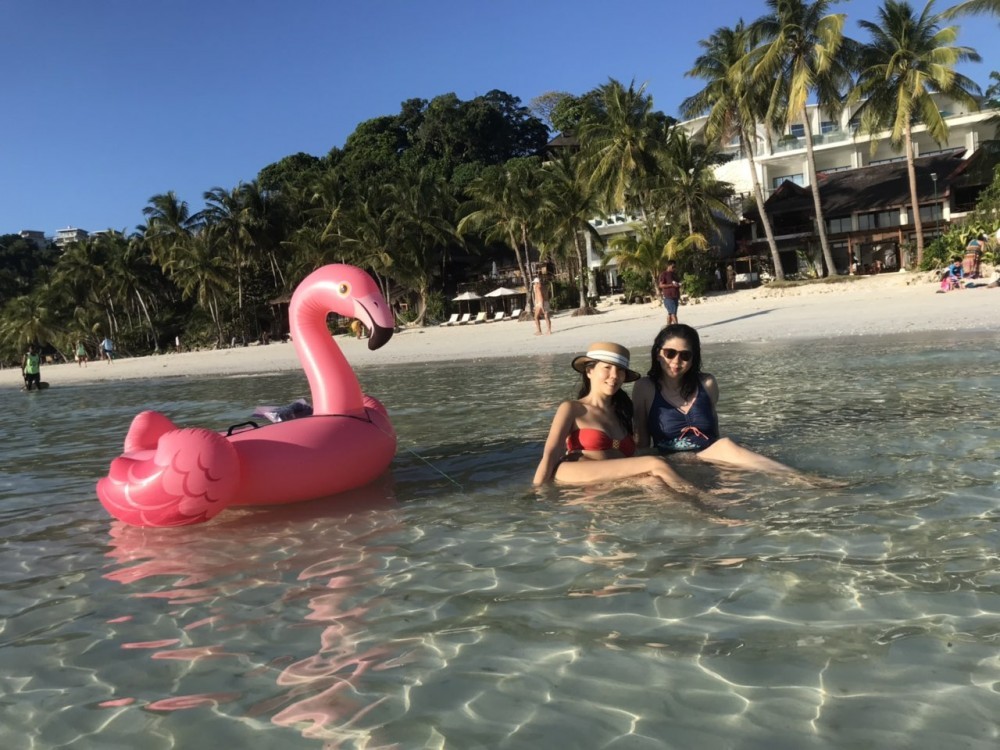 Not to worry I’m still here in Vancouver, BC doing vending machine business!

There are times that I need to recharge myself after a long day work. I have myself portable Gunbanyuko which is in a great health rejuvenating device! You can also get one for yourself if you are serious about your health like I do. Optimum maintenance of health and youthfulness is a must when you are driving, loading, unloading every day.

1/2 Cup Cooked Rice is How Much Uncooked?
My Vending Machine Was Knocked Down
Can You Eat Deer Liver Raw?
How to Buy a Vending Machine Route
Try Not To Overthink In The Vending Business
Vending Machine Out Of Service Again?
Dolly - Which dolly is best for doing vending?
Why Do Chefs Light Food on Fire?
Old Habits Die Hard
How Much Does 1/2 Cup Dry Rice Make Cooked?
Tweet
Email
Print