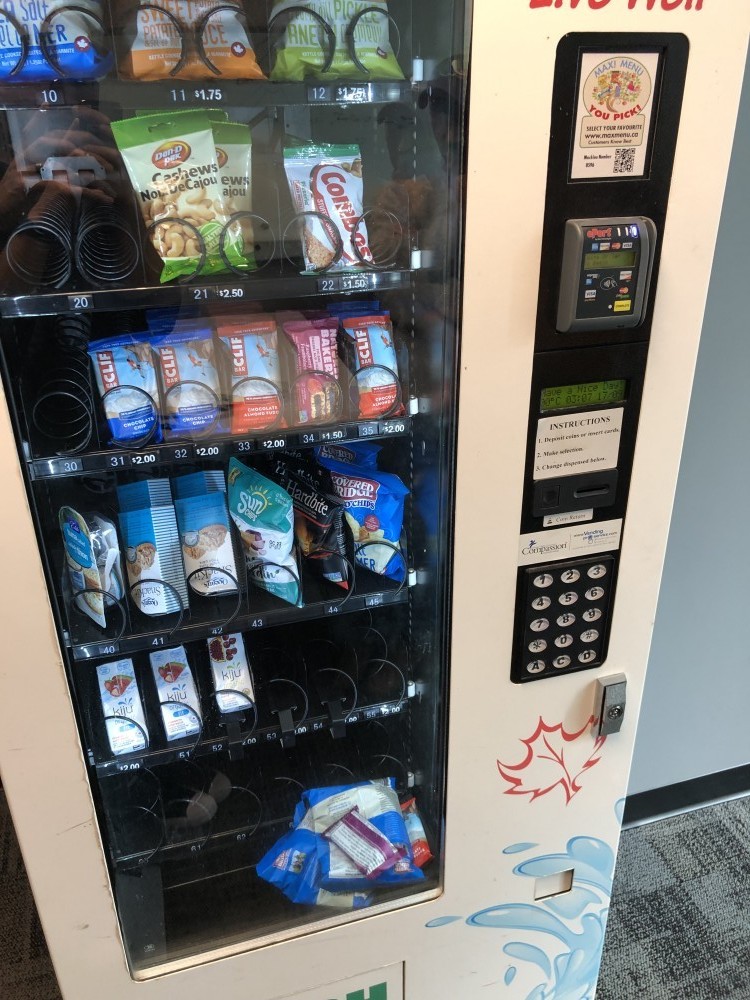 Vending machines are a smart way to get your favorite drink or snack in a less amount of time. They usually are placed in crowded place, as well indoors as outdoors.

Those outdoors one are working well during the night too, if they are located near clubs. Everyone wants a snack after drinking some beers. Most of the stores are already closed, so this is the only way somebody could get something.

Now, some vending machines are even in the students’ complex. This way, students no longer go to the store if they need a drink or something sweet. Of course, it is not so healthy, but unfortunately, this is the world we live in.

Vending machines are always in charge. Their mission is to maintain the drinks cold so that you can feel a fresh taste. The purpose of keeping the food cold also, is for them to have a long life-span.

But a vending machines is plugged all day all night and it can use a lot of electricity. Is almost like a fridge, used in crowded places and not in a home. Of course, the energy use depends on if the vending machine is place outside or inside four walls. The outside heat can make the machine to try cool the items faster and so it uses more energy.

But, let’s say there are some ways to make the vending machine more ‘ green ‘. The society we live in now, is always thinking about saving the energy, flora and fauna and many other things. In matters of sun and weather protection, people invented creative ways to green the energy. Even for a vending machine.

#1 – How much does a vending machine use?

Vending machines are using 7-14 KwH per day, which means that owners are paying almost $350 per year to maintain those machines working. During the night, there’s almost no traffic in front of a vend machine, so it’s kind of useless.

Anyway, owners of vending machines are earning more than $2000 per month and the return on investment is positive. But we have to count the rent an owner has to pay for the vending machine to be placed in a crowded space. Which depends on the space, and it can increase in case the space will go out of business soon.

#2 – How do I know a vending machine is power efficient?

#2 – Which vending machine is perfect as a energy-saver?

Usually, those that are most known are from Pepsi and Cola. Even if they sell unhealthy drinks, they want to take part in the developing process of the world. Technically or not. Their global initiative is called Refrigerants Naturally, and are changing the old vending machines with new, energy-saver ones.

#3 – How am I making my own vending machine more power efficient?

Firstly, a vending machine is not only using the cooler for working, but lights too. The purpose of the lights inside of a machine is for let people see which button should they press when buying something at night. The bad part is, the light is opened during the day too. So it’s double consuming. If you want to limit the

energy use, the best choice is changing the lights. A normal vending machine is using around 180 watts, which means no more than $100 per year. But for a better consuming, T8 lamps and electronic ballasts are a great choice for a vending machine that is 24/7 lightened.

Secondly, there exist timers for lightning. Of course, the improvement of timers is raising along with the technology, and so you can use a timer for the vending machine to light whenever somebody is approaching the machine. It works with sensors, so it will know when somebody wants to buy something. In fact, when there’s not so much traffic, the light will turn off for good.

#4 – What are the benefits of improving the vending machine in this way?

Well, there are a lot of things to save up.

if you put a compressor control inside you vend machine, you can save up the electricity too. A compressor control keep the items cold and stops the cooler when it is used too much. It’s like you are plugging the machine in and off over and over again during the day.

It’s a good strategy if you have a vending machine placed outside, because during the winter time, the compressor control will turn off the electricity for a longer time. Because outside is cold, the machine will remain cold too.

If you mix up more strategies, your return on investment could be bigger year by year. Because now, vending machines are a real deal, you can consider saving some extra money from them.

If you and the vending machine’s operator have a contract for a year, but you want to change the way it’s working, here’s what to do.

You can talk with them about everything you heard about the power efficient vending machines and try to make a subcontract.